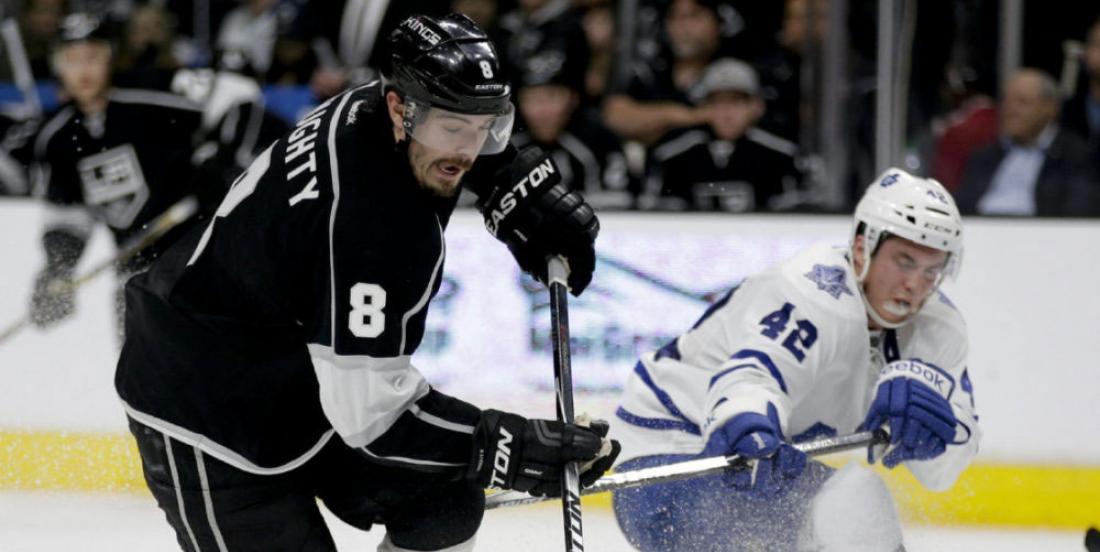 Star defenseman Drew Doughty isn't a player who beats around the bush... And we witnessed that once again on Thursday when he made comments regarding his free-agent status in 2019.

Not only did the Los Angeles Kings top defenseman say he should earn more than Nashville Predators's P.K. Subban ($9 million annual cap hit) on his next contract, he also put together an interesting strategy to push LA to give him that lucrative deal extension.

While mentioning how much he loved playing for Toronto Maple Leafs coach Mike Babcock in the Olympics, Doughty did hint that he could test the free market in 2019 instead of automatically re-signing with the Kings.

The market would go mad if Doughty were to hit free agency. The Leafs have been adamant about landing a star quality defenseman and Doughty could be the perfect match.

Though he returns regularly to Ontario, Doughty wasn’t a Leafs fan growing up, but he might have already started an aggressive bidding war by saying how much he enjoys playing for Babcock.

The Leafs would be willing to part with a key piece to acquire Doughty, and with many veteran players on the injury reserve and older ones slowing down, the Kings could potentially ended up with Tyler Bozak in their arsenal for the future.

If the Kings do not prove themselves as a serious Cup contender, Doughty might want out and signs show the Leafs might pull the trigger - and quickly!