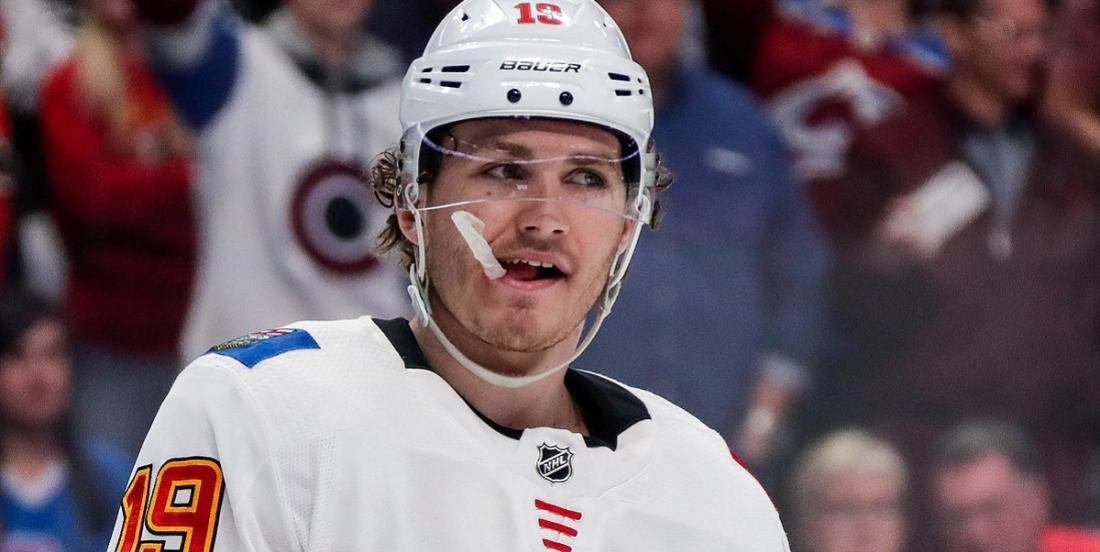 Rumor: Flames insider does not believe Tkachuk will start the season with the Flames.

Tkachuk situation starting to look scary for the Flames.

It seems almost impossible to suggest that Matthew Tkachuk will be playing anywhere next season other than Calgary, but that does not mean that this has been, or will be, an easy process for the Calgary Flames.

In a recent radio hit with Pat Steinberg of Sportsnet, Calgary Flames insider Eric Francis discussed the ongoing situation between the star restricted free agent forward and the Flames and his outlook on this was not very promising. Francis expressed concerns about the Flames salary cap situation and the lack of movement that has taken place in regards to that problem this summer, suggesting perhaps even that this could limit the Flames to signing Tkachuk on a short-term deal.

"You've got this Tkachuk thing hanging over your head and you don't have a clue, is it gonna be a 7 year deal? a 2 year deal? a 5 year deal," asked Francis on Sportsnet radio. Those are kind of the 3 options I see out there and the longer this thing drags on I am starting to believe that is the way this Tkachuk thing is gonna end, which is a 2 year deal, and then we do this whole song and dance again in 2 years time."

"That might be the one way that the Calgary Flames can fit him under the cap and don't have to extend themselves the way I expect the current market is gonna dictate."

That was not the only concerning news that Francis had to share however, he also indicated that he does not expect that Tkachuk will be on the Flames roster when the puck drops for the start of the 2019 - 2020 National Hockey League regular season.

This would of course closely resemble the situation the Maple Leafs went through recently with restricted free agent forward William Nylander and in fact it may be something that becomes a trend in the NHL for players with relatively little negotiating power. Francis was not alone in his assesment however, with Steinberg echoing his sentiments about this negotiation dragging on well past the ideal time frame.

"I think that there is a very good chance that he misses significant time at training camp and maybe into the regular season as well," said Steinberg. "The last I checked a couple of days ago, they are not even talking, it is very sparse communication between the two sides."

I don't believe for a second that Tkachuk is going anywhere, but that won't solve some of the major headaches the Flames are currently dealing with.