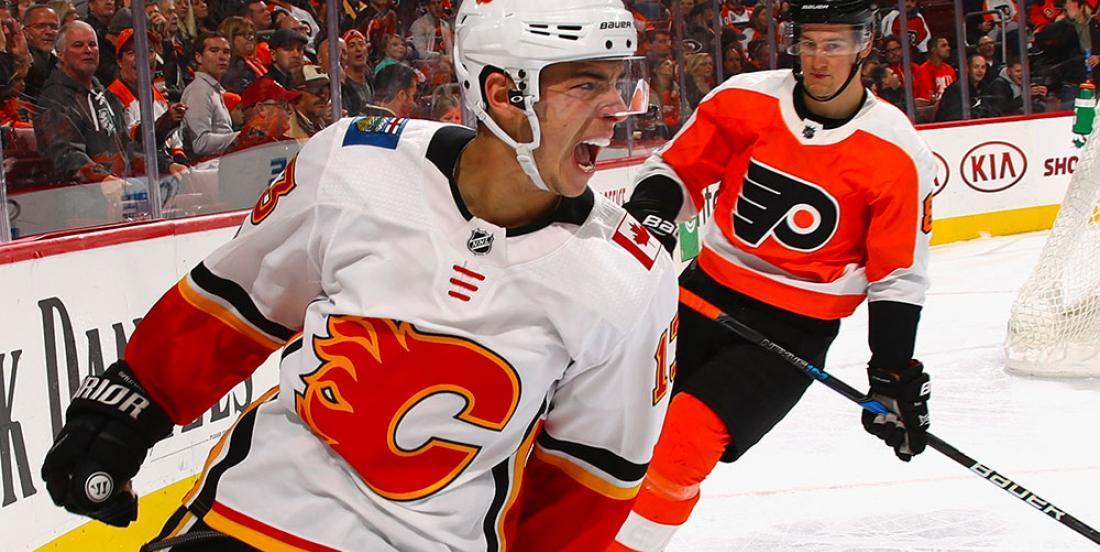 If you read Sportsnet reporter Elliotte Friedman’s most recent 31 Thoughts column you likely had to take a pause for a moment when you read Friedge’s comment on Calgary Flames forward Johnny Gaudreau.

The Flames are gonna trade Johnny Hockey!? WHAT!?

I’d be astonished if Calgary traded Johnny Gaudreau at this time. For one thing, the Flames are aware that this historically 12.5 per cent shooter is at 7.8 in 2019–20. There is concern about how he’s playing, as Gaudreau’s confidence and puck wizardry in the offensive zone are missing. A huge part of their offence was Gaudreau getting in close, where Sean Monahan could bury it. That’s missing. But there’s no desire to make a rash move.

Okay… so Johnny’s not going anywhere, right? No need to make a rash move, as Friedge says. We can all forget this, right?

Well… think again. Because the media in Philly is taking this rumour and running with it.

In his most recent column for the Philadelphia Inquirer, Philadelphia Flyers reporter Sam Carchidi proposes a deal between the Flames and Flyers centered around a Gaudreau and Jakub Voracek swap.

If so, the Flyers should be first in line.

Gaudreau, 26, whose Flames will play at the Wells Fargo Center on Saturday, has deep roots in South Jersey and has said he would like to play for the Flyers some day. He would be a perfect fit for the Flyers, whose core has grown stale and needs a change, needs to be reenergized.

The Flyers also would have to deal salary to make Gaudreau fit in their cap, and maybe sending Jake Voracek ($8.25 million salary cap until the end of 2023-24) to Calgary would help everyone.

Acquiring Gaudreau would be bold, but would not be easy — hey, this a salary-cap world, not your friendly fantasy hockey league — and the Flyers might have to deal a couple of high draft picks and the talented but erratic Voracek or van Riemsdyk. If it was Voracek, they might also have to take on an additional player who earns around $1.5 million to make the salaries compatible because both teams are close to the cap.

That's some serious fantasy GM'ing. I'm not saying that Gaudreau is a complete untouchable, but... let's get real... the Flyers aren't going to get him for an underachieving veteran and some draft picks. Now, if the Flyers were to add rookie goalie Carter Hart in the mix, well then things could get interesting.