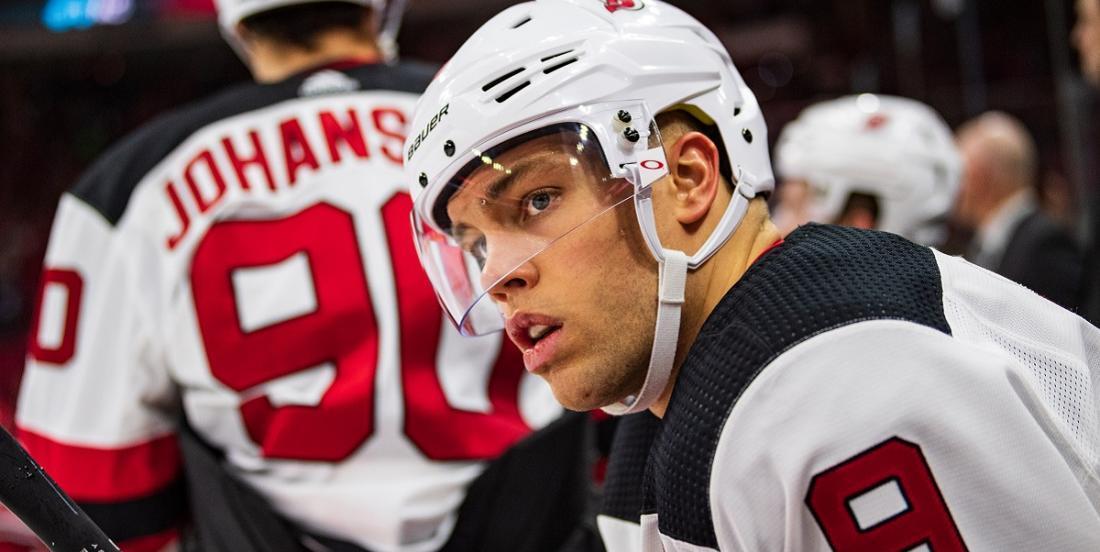 One of the biggest talking points leading up to the National Hockey League's trade deadline this season is going to be the future of former Hart Memorial Trophy winner Taylor Hall. Although Hall has not officially asked for a trade from the team he is currently on an expiring contract and thus far all indications point to the fact that he will become an unrestricted free agent at the end of the season when that contract expires.

It appears as though the New Jersey Devils and Devils general manager Ray Shero have already recognized that they will not be able to sign Hall to a new deal in season and now the team is listening to offers for their star forward. Over the weekend Sportsnet's National Hockey League insider Chris Johnston revealed that the Devils had begun taking the process more seriously.

"The trade market for Taylor Hall is getting a little bit hotter, it is believed that teams have started picking up the phone and have started calling Ray Shero a little more, more inquiries coming in. It is important to note here Ron that this is note a trade that has to happen until closer to that trade deadline on February 24th, but some teams believe there is a window now to acquire him a little bit sooner but of course that will come down to price and Taylor Hall is a valuable commodity."

Sportsnet National Hockey League insider Elliotte Friedman also chimed in with some additional details, including what the asking price for Hall was rumored to be.

"It is believed that New Jersey is looking at least a couple of first rounders and one of them could be conditional on do you resign him or how well you do in the playoffs and maybe a high prospect as well. But the other teams will argue if you can't sign him or don't know you can sign him it's going to be a lot less. Maybe Ottawa getting one excellent prospect... in exchange for Mark Stone."

Friedman also shared some information regarding some of the teams that will be in the mix for a trade involving Taylor Hall, and named 4 NHL organizations specifically. Surprisingly Hall's former team the Edmonton Oilers made Friedman's list.