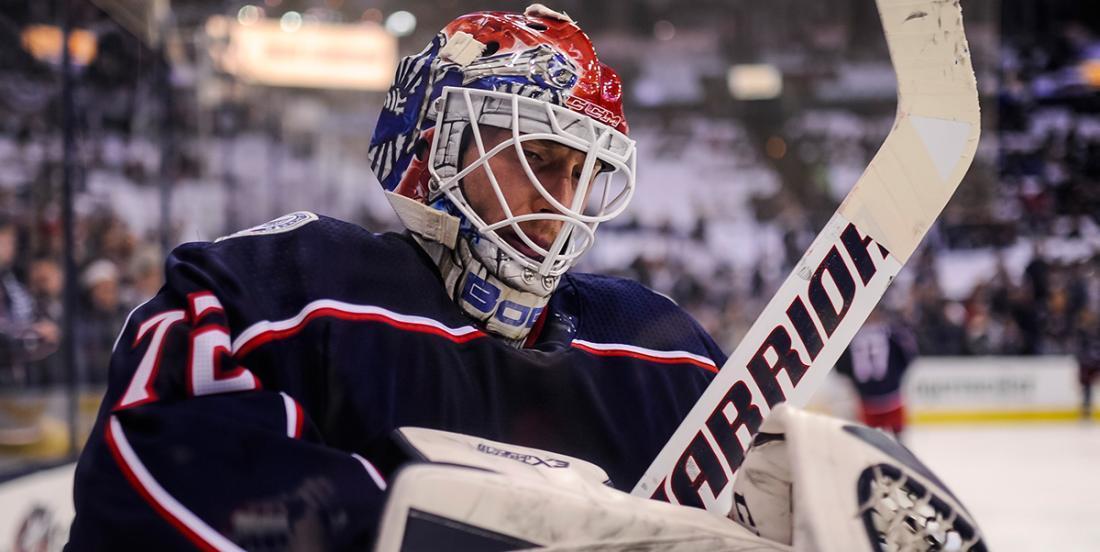 Man, you have to feel for Columbus Blue Jackets fans these days. After years of tripping over their own feet only to fall flat on their face each season, the Columbus Blue Jackets finally seem to have some stability thanks in large part to a strong defense corps led by Seth Jones and Zach Werenski, a bonafide superstar forward in Artemi Panarin and a Vezina calibre goaltender in Sergei Bobrovsky… for now.

Both Panarin and Bobrovsky are pending free agents and the two Russians have made it clear to just about anyone who will ask that they’re not interested in negotiating a long term deal with the Blue Jackets at this time. Now, this isn’t to say that they won’t eventually re-up with the Jackets, but don’t expect a new deal anytime soon for either player.

With their two star players’ future in doubt, rival GM’s are circling Jackets GM Jarmo Kekkalainen, trying their absolute best to pull off a blockbuster swindle. On his latest 31 Thoughts podcast for Sportsnet, NHL insider Elliotte Friedman threw out a potential fit for Bobrovsky and, interestingly enough, it’s the same team that we’ve seen linked to Panarin in trade rumours: the New York Islanders.

It’s worth noting that the Islanders signed free agent goaltender Robin Lehner to a one year deal earlier this offseason, but that by no means would prevent them from bringing in Bobrovsky should be become available on the trade market. For what it's worth, the 30 year old Bobrovsky is coming off a four year, $30 million contract and is expected to command as much as $8 million to $10 million per season on his next deal. Should he go to the open market, the two time Vezina Trophy winning netminder will be amongst the hottest commodities in the free agent market during the 2019 offseason.