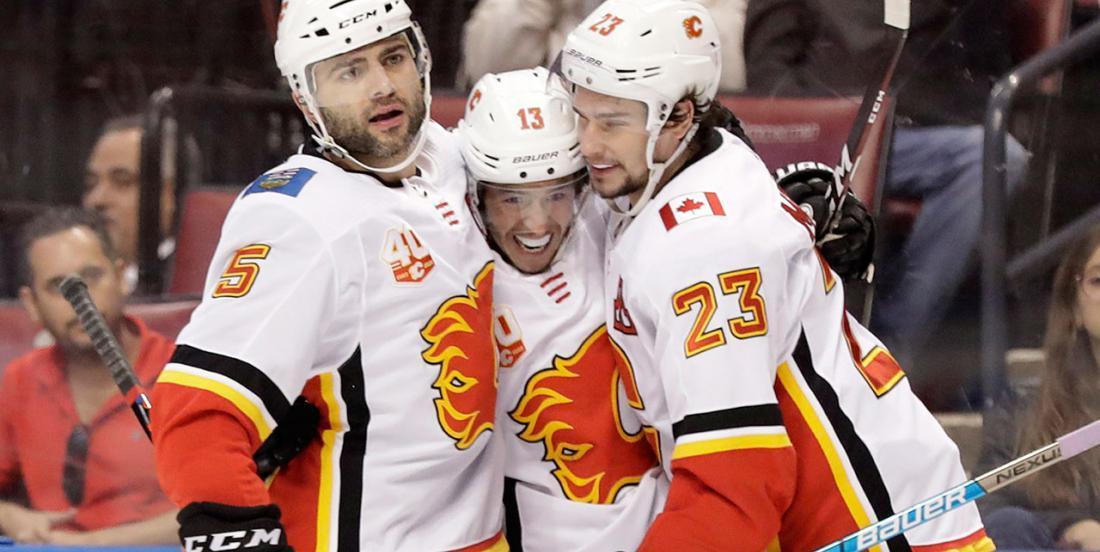 A brutal collapse from the Calgary Flames in the 2020 Stanley Cup playoffs will result in major changes to the Flames roster and it sounds like long time Flames forward Johnny Gaudreau is likely to be the name at the very top of the list when it comes to which changes will be made.

In a recent article Flames insider Eric Francis categorically stated his belief that Gaudreau's time with the Flames organization has come to an end, something of a stunning proclamation given Gaudreau's standing as one of the organization's franchise players. That being said though Francis, who is not prone to hyperbole, did not leave any room for interpretation.

He's likely played his last game as a Calgary Flame.

If Flames general manager Brad Treliving does intend to pull off a trade deal involving Gaudreau now will be the time to do it. The Flames forward currently has no trade protection afforded to him on his contract through the 2020 - 2021 season, however he will have a 5 team modified no trade list in the final year of his current deal. Moving Gaudreau though will be easier said than done with Gaudreau currently earning $6.75 million per season, a factor that will be all the more relevant given the fact that the NHL's cap will not rise due to the financial losses caused by COVID-19.

Gaudreau's production fell off a cliff this season when compared to what was a career year during the 2018 - 2019 NHL regular season. He played in 12 fewer games due to the season shutting down but he recorded 18 goals, half as many as the 36 from the previous season, and 40 assists, down from his 63 the previous season, from a total of 58 points, a drastic 41 point drop from his 99 points last season. This will also complicate matters from Brad Treliving who knows that rival teams will be looking to buy low after another ugly playoff exit from the Flames. If Gaudreau is indeed traded in the offseason I for one cannot wait to see what kind of return the Flames can get for him.

Thus far Gaudreau has played all 494 games, including playoffs, of his career as a Calgary Flame, but if Eric Francis is correct, as he often is when it comes to the Flames, he will not reach the 500 games milestone as a Flame.