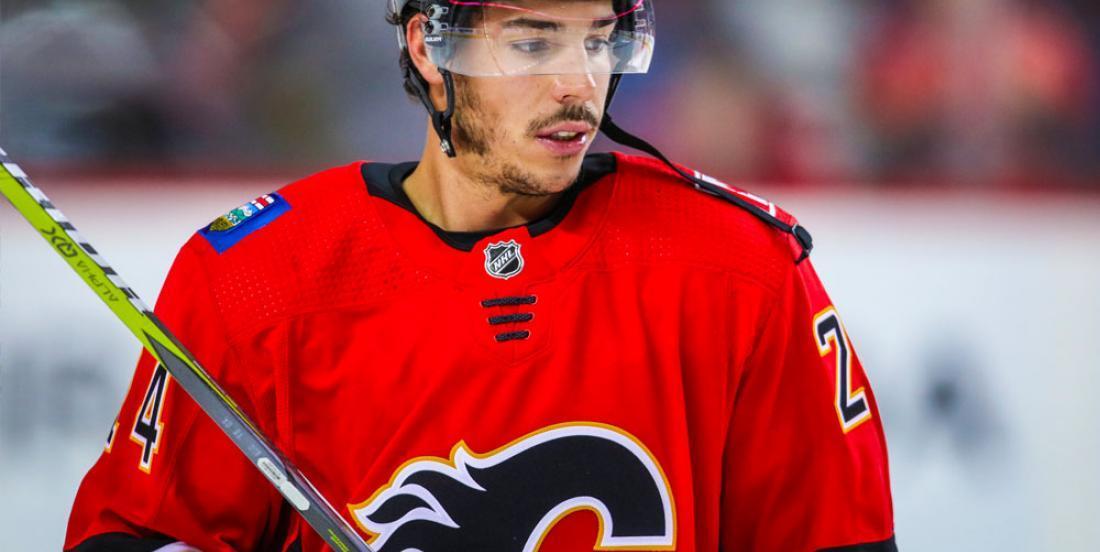 With the Toronto Maple Leafs and Calgary Flames both on extended breaks due to the NHL’s bye week and All-Star Game festitivites this weekend, the team’s fanbases are filling their time with a lot of armchair GMing and trade talk.

Who do they Leafs need on the backend? Who do the Flames replace Michal Frolik with? And who’s gonna back up Frederik Andersen the rest of the season? These are all hypothetical questions, but it’s the type of stuff that sports talk radio in Canada THRIVES on.

In that vein, Sportsnet’s Luke Fox digs into a rumour that was initially started this past offseason when the Leafs ALMOST acquired blue liner Travis Hamonic from the Flames. The problem? Nazem Kadri, then of the Leafs, wouldn’t waive his no-trade clause to go to Calgary. Kadri ended up with the Colorado Avalanche and the rest is history. But… could the Leafs and Flames circle back on a Harmonic deal?

Toronto has been eyeing Hamonic since he was an Islander and lost a bidding war to Calgary. The Leafs came close to dealing for a Flames defenceman over the summer, only to have the swap blocked by Nazem Kadri’s partial no-trade clause, but Dubas and Brad Treliving — one of the league’s greatest wheeler dealers — are on friendly terms.

The moment Treliving re-signed righty Rasmus Anderssen  to a six-year extension signalled to us that one of his 29-year-old UFAs in the top four, Hamonic or T.J. Brodie, won’t be coming back for 2020-21.

Curiously underachieving upfront, Calgary isn’t hiding its desire for a top-six winger. Trading Micheal Frolik  to Buffalo on Jan. 2 was a salary dump to this end.

Does Treliving keep both Hamonic and Brodie as “own rentals” and bank on Johnny Gaudreau, Sean Monahan and Elias Lindholm catching fire again? Or does the GM go bold and import some speed and skill?

At some point, the Leafs must at least consider trading one of their middle-class forwards (Andreas Johnsson,  Kasperi Kapanen, Alex Kerfoot to free up dollars for the back end.

If there is a real “hockey deal” to be made by Feb. 24, Toronto-Calgary isn’t a bad bet to provide it.