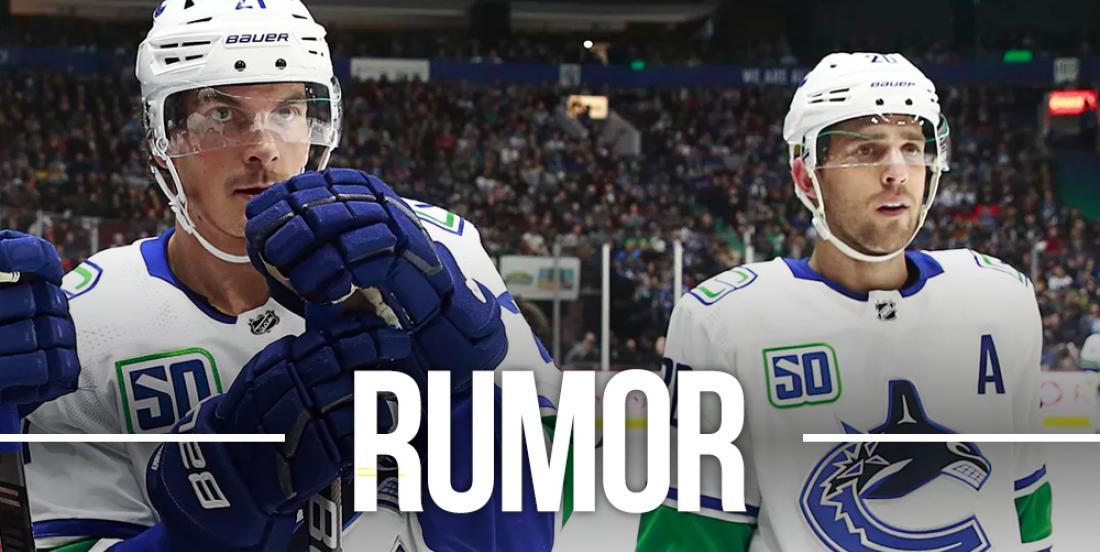 TSN's Ray Ferraro with a bomb!

The 2019-20 NHL season is over for the Vancouver Canucks and what a season it was.

The young, upstart Canucks had few expectations placed on them heading into the season and they far surpassed anything that even the the players themselves could have imagined. After all, this is a team that finished as a lottery team in the 2018-19 season and then made the leap to not only qualifying for the Stanley Cup Playoffs, but ended up pushing the Western Conference leading Vegas Golden Knights to a winner take all Game 7 and a chance to advance to the Western Conference Final.

Not bad. Not bad at all.

Ultimately, the Canucks just couldn't stack up against the depth of the Golden Knights but there's plenty of reason for optimism if you're a Canucks fan these days. The young core of Quinn Hughes, Elias Pettersson, Brock Boeser, Thatcher Demko and Bo Horvat proved themselves to be legit in this post-season run and the future looks bright in Vancouver.

Unfortunately, GM Jim Benning has his work cut out for him this offseason though.

Thanks in large part to some truly AWFUL contracts handed out by Benning himself, the Canucks find themselves in serious cap trouble and there are some pretty serious contract negotiations for Pettersson and Hughes looming on the horizon. The Canucks have just $30,000 in cap space and that's with arguably their two best players (Pettersson and Hughes) still on their entry-level contracts. Yikes.

Meanwhile big contracts to role players like Loui Eriksson ($6 million), Tyler Myers ($6 million), Brandon Sutter ($4.375 million) and Jay Beagle ($3 million) have seriously hampered this team's cap flexibility. All of this adds up to a "major trade" according to TSN analyst Ray Ferraro. Ferraro was on Vancouver's TSN 1040 where he dropped this bomb:

“I think there will be a major trade. But it’s going to cost you collateral. You’re not trading Eriksson or Sutter for a 4th rounder, or for a younger player with potential. You’re trading those guys PLUS something for almost nothing”

Interesting, but any Canucks fan who was expecting assets back for Eriksson or Sutter must be high off of that BC bud. The fact is that the Canucks were always going to have to pay a premium in the way of picks or prospects to unload some of their high priced contracts.

Now having said that, while Eriksson's contract accounts for $6 million against the cap he's actually only due $1 million in salary. A deal like that is VERY appealing to bottom feeders who are trying to fudge the numbers of the NHL's salary cap. Don't be surprised if a budget team like the Ottawa Senators comes calling about Eriksson in particular.