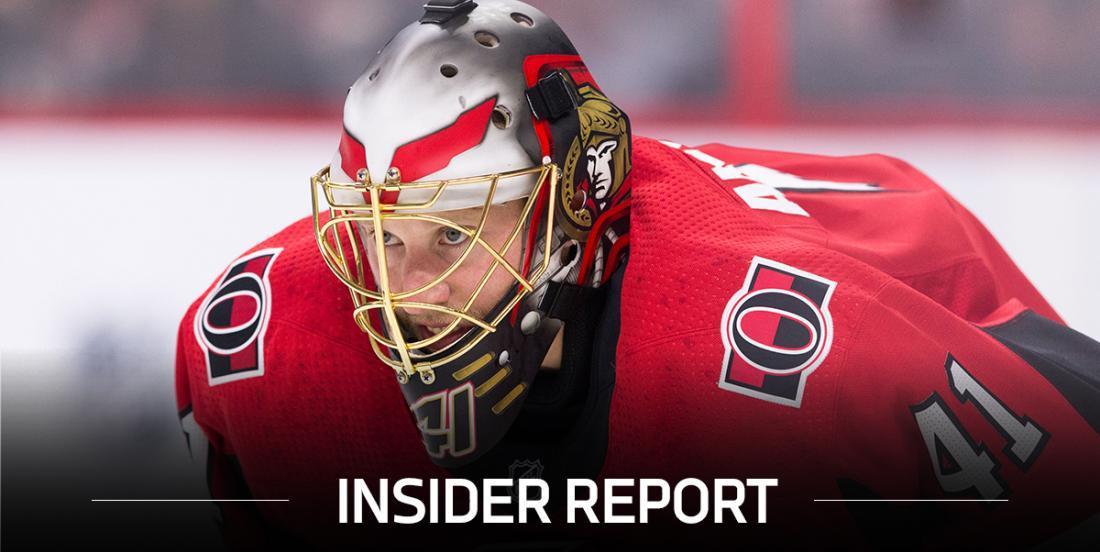 In case you missed it earlier this week, the Ottawa Senators placed veteran forward Zack Smith on waivers, for the purposes of assigning him to the AHL.

To say that the news didn’t go over well with Sens fans and even the Sens players would be putting it lightly. Teammate Matt Duchene, who just happens to be a pending unrestricted free agent, said the news was like a “kick in the balls.”

Well.. better put on your jock strap, Duchene because it looks like owner Eugene Melnyk isn’t done casting off his high priced veterans. On the latest 31 Thoughts podcast, NHL insider Elliotte Friedman reports that more Sens veterans could find themselves on waivers later this season.

First, Friedman confirmed that the Senators had been trying to rid themselves of Smith’s contract for awhile, going back as far as last February’s trade deadline. “Not exactly a secret that they’ve tried to move Zack Smith at various times, I believe going back to last year’s trade deadline,” said 31 Thoughts co-host Jeff Marek. “Yeah, that’s true,” replied Friedman. “I think the problem is is that they tried to trade him and there’s just not much available right now and so that’s what happens.”

Then Friedman dropped this bomb:

“I’m curious to see… if this is not the last Senator with a ticket that we see on waivers. I wonder if either of the goalies end up there… Anderson or Condon. Or another player that they might not be very happy with.”

Woooow… if the Sens decide to waive Craig Anderson you may as well just award them 31st place finish right now. With Erik Karlsson gone and this team a mere shadow of its former self, Anderson is the only thing keeping that defense together.

Marek then asked Friedman, “Do you think this is ‘Everything Must Go?” Friedman took a breath and then replied, “This is… we’re gonna see if he can lighten our cap.”

In other words… owner Eugene Melnyk is cutting costs yet again. Man… you have to REALLY feel for Sens fans these days. Not only is the team shedding salary as quickly as possible, they're also without their first round pick in the upcoming draft thanks to the ill advised Duchene trade last season. Ouch.