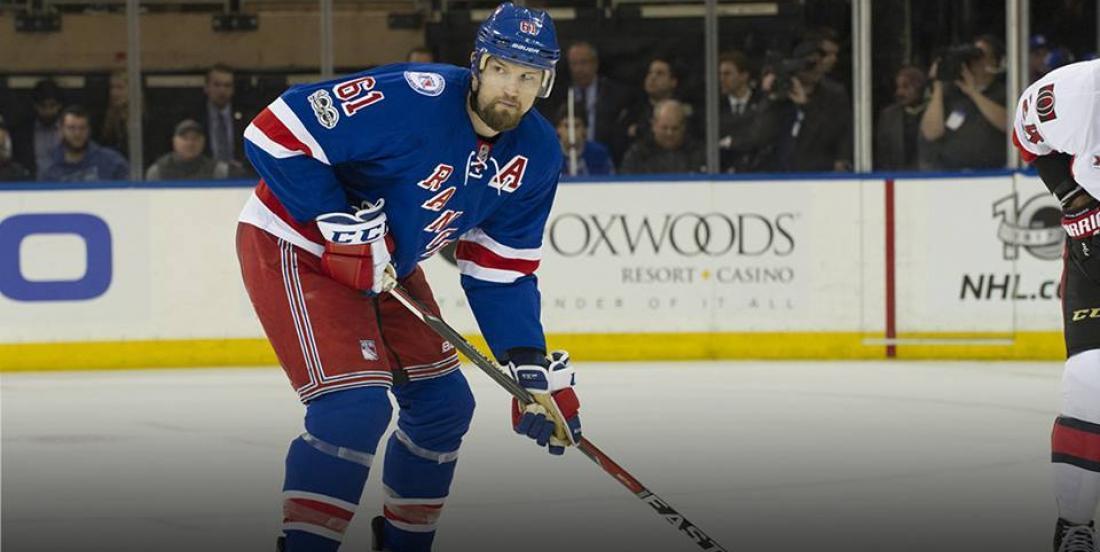 New York Rangers forward Rick Nash, barring a contract extension, will almost certainly hit the free-agent market next summer. He’s likely to be one of the most prized free-agents on the market, as well. But, before he hits the open market there’s a good chance that the Rangers will look to ship him to a contender, so as to not lose him for nothing in free-agency.

So, where could Nash end up in the short-term? San Jose Sharks blog Fear the Fin makes the case for Nash on the West Coast with Jumbo Joe Thornton and the Sharks. Seems crazy, right? Why would the Sharks, an aging team as it is, take on the 33-year-old veteran? Well to begin with, he could provide the Sharks with an added offensive dynamic in the short-term. He has proven to be effective with Thornton in the past, as the two have starred together with Team Canada at several international events. Secondly, the Sharks are one of the few contending teams with the salary flexibility to take on Nash’s $7.8 million contract. The Sharks currently have approximately $6 million in salary cap space and could package a player like Jannik Hansen, Melker Karlsson or Joonas Donskoi back to the Rangers to make things works.

In the end, who knows if the Sharks will even be contenders when it comes time to make offers on Nash? The team has started the 2017-18 season with a 1-3-0 record through four games, so if they’re hoping to position themselves as a contender, they’d better start putting some wins together.