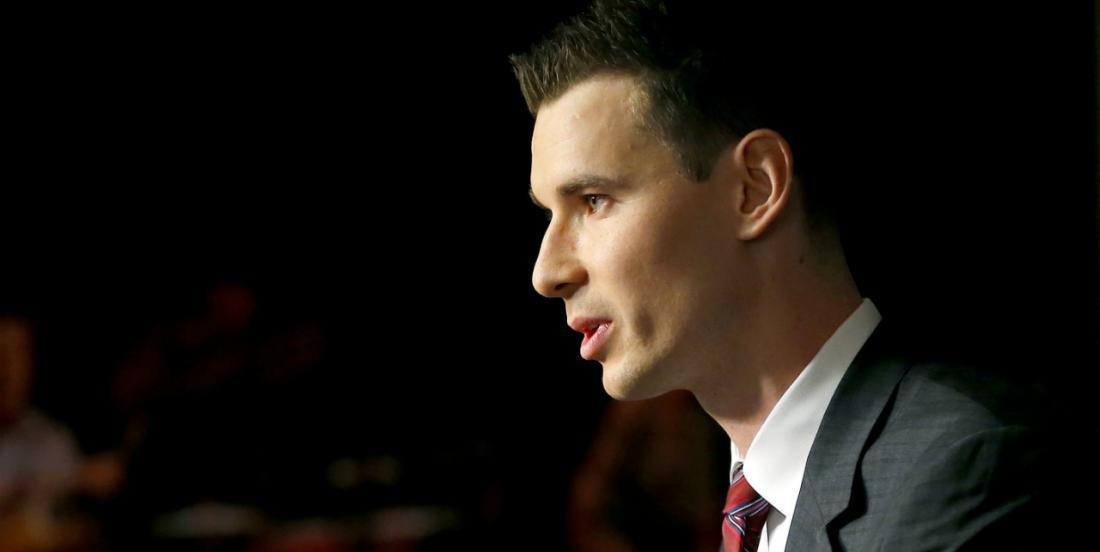 Chayka headed to a rival team?

Over the last few days we have begun to hear details regarding what looks to be like a messy divorce between the Arizona Coyotes and long time Coyotes general manager John Chayka, but so far no real clear picture of what transpired between Chayka and the Coyotes has emerged. Here's what we do know however:

All of this appears to have started when an unknown party approached the Arizona Coyotes to discuss the availability of the aforementioned Chayka. Surprisingly given the fallout that we now know has come from this, the Coyotes granted this unknown party the right to talk to Chayka about a new opportunity outside of their organization. Presumably the Coyotes were confident that Chayka would remain as general manager of their organization, however when it became clear to the Coyotes that Chayka was set to accept the offer made by this unknown party the team clamped down on those talks. The Coyotes then proceed with an attempt to negotiate a transition period with Chayka but those talks fell apart, resulting in the situation that we are currently in.

It seems that Chayka and the Coyotes are finished, the general manager's office has reportedly been cleaned out, he was not with the team on Friday at training camp, and there has even been speculation that he was not included on the list of people that will be entering the bubble with the Coyotes organization. Given that Chayka seems done in Arizona that only leaves the question of where he will end up, and a rival team in the National Hockey League would seem like the most obvious answer to this question.

Well not so fast, on Saturday Coyotes insider Craig Morgan suggested that the offer had not come from another team but rather was "another professional opportunity.," something that would appear to put that hypothesis to rest.

One NHL writer however believes that the issue may be more complicated than that and pointed to an ownership group that just so happens to own an NHL team, among other sports properties, as the potential unknown party in this story. In a recent article for the Ottawa Citizen, Patrick Johnson has connected some interesting dots that at the very least make for very interesting speculation.

First, Morgan reports that the Coyotes were approached by this unknown party six weeks ago. That lines up almost perfectly with another major happening in the NHL, the firing of Buffalo Sabres general manager Jason Botterill.

Johnson also points to the fact that three years ago Pegula Sports Entertainment, the company that owns the Sabres, had a clear interest in hiring John Chayka.

Pegula Sports and Entertainment own multiple sports properties including the National Football League's Buffalo Bills, so it would be accurate to say that an offer from their organization would not exactly constitute one from a rival NHL team. In fact it is entirely possible that they intended to hand Chayka the reigns of their sports properties, something that would have definitely constituted a promotion and something that could lure an NHL general manager away from what many would consider a dream job.

Add to that the fact that John Chayka grew up just 40 minutes away from Buffalo and you suddenly have a very juicy conspiracy theory here. Whether or not it proves to be correct, only time will tell