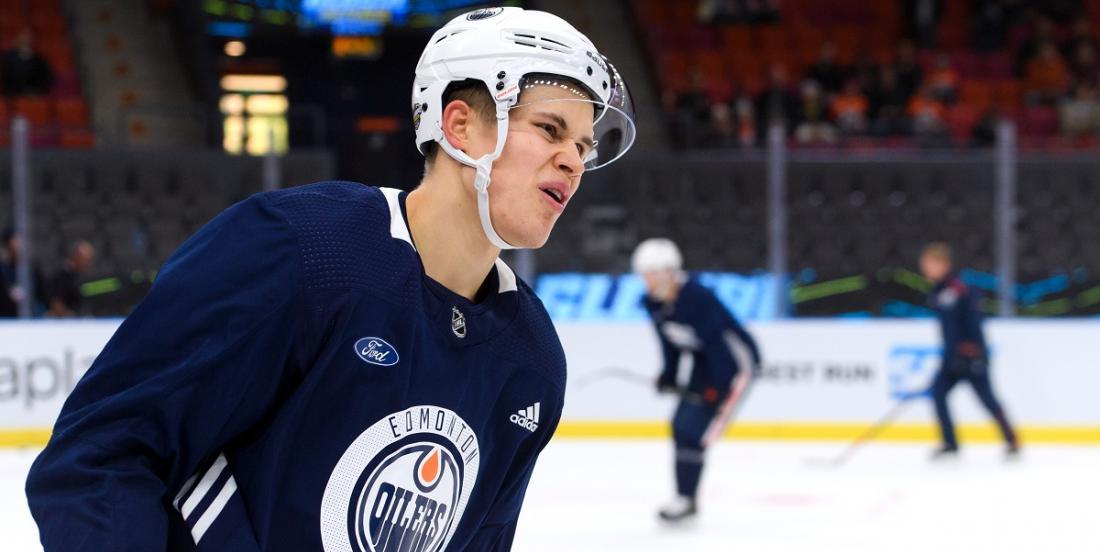 It appears as though the Edmonton Oilers may have finally found a trade partner for much maligned forward Jesse Puljujarvi. For several weeks now there have been all kinds of rumors regarding the Finnish forward and his future in the National Hockey League, all of this off the heels of a very real trade demand from a player that was clearly no longer interested in playing for the Oilers organization.

Since then however Puljujarvi has been playing for Karpat in the Finnish league and has made it clear that he will remain there until the Oilers find a new place to play. It is that little factoid that has led us to today's rumor, as there are now reports that Puljujarvi may soon be on his way back to North America, presumably where he will begin the second chapter of his NHL career with a brand new organization. According to a report from Fansided's Omar Abdelgawad Karpat has just signed 28 year old Finnish forward Julius Junttila, a move that many suspect is designed to replace Puljujarvi when he eventually makes his return to North America official.

Now there is no telling where Puljujarvi will end up at this time given that general manager Ken Holland has almost certainly done his due diligence with several NHL organization regarding this potential trade deal, but we may have received some hints on his potential destination earlier in the week. Recently TSN NHL insider Pierre LeBrun revealed that the Carolina Hurricanes "have done some tire kicking" on the aforementioned Puljujarvi, and given the recent injury to forward Jordan Martinook the trade makes more sense than ever for the Hurricanes. Interestingly enough though there is one additional layer of intrigue to the connection between Puljujarvi and the Hurricanes.

The team that Puljujarvi was playing for in Finland, Karpat, actually has very strong ties to the Hurricanes organization. Now they do not have an official relationship with the Hurricanes per say, but the team is managed by none other than Harri Aho. Aho of course is the father of Carolina Hurricanes star forward Sebastian Aho, so he does have a vested interest in seeing the Hurricanes succeed, albeit indirectly. Now this is still just merely a rumor at this stage, but there are certainly plenty of good reasons to suspect that Puljujarvi may be headed to Carolina.

As for the potential return? According to Abdelgawad he has heard rumblings that former Hurricanes first round pick Julien Gauthier and some draft picks may be the turn here for the Edmonton Oilers. Stay tuned as we will be keeping you up to date on this rumor.