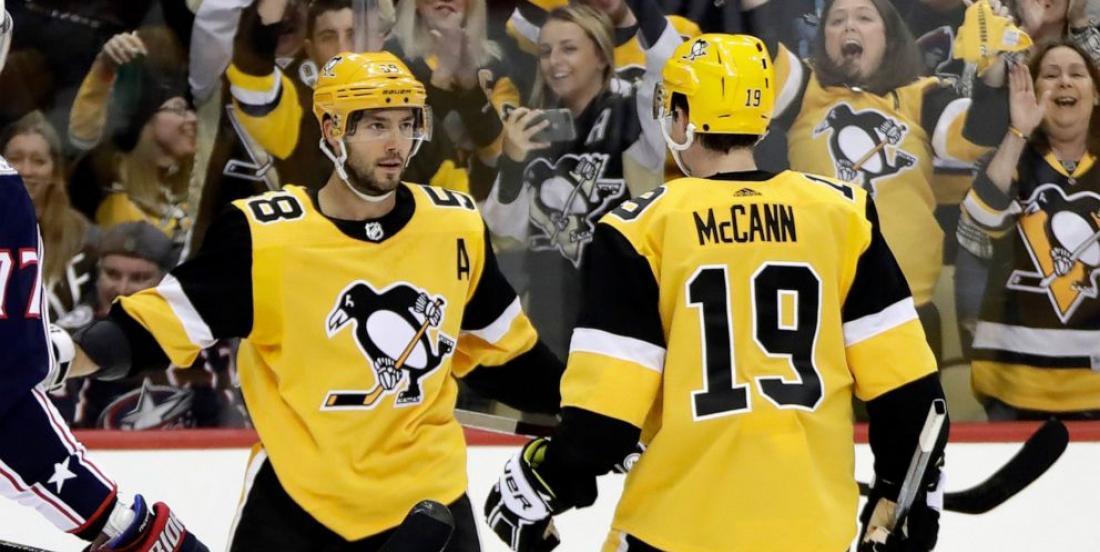 McCann on the trading block.

The Pittsburgh Penguins are wasting no time making significant moves in the offseason and in fact general manager Jim Rutherford has already made a big splash. Rutherford acquired forward Kasperi Kapanen from the Toronto Maple Leafs as part of a six player deal that was made in an effort to bolster the Penguins offense for the immediate future, and it was a move that ruffled a few feathers with other general managers whose teams are still in the playoffs due to the fact that they didn't get a chance to bid on either Kapanen or the 1st round pick the Penguins gave up in the deal.

Those general managers may get even angrier if Jim Rutherford gets his way however because it now sounds like the Penguins GM is already looking forward towards his next move. Over the weekend Sportsnet National Hockey League insider Elliotte Friedman reported that the Penguins had begun testing the market on forward Jared McCann. McCann to the surprise of many was benched by head coach Mike Sullivan during the series against the Montreal Canadiens, a series the Penguins of course would go on to lose, and the fact that he is now being offered up in potential trades seem to suggest that the Penguins don't see him as a part of their future.

Pittsburgh is testing the market on Jared McCann, a surprising healthy scratch in the Montreal series.

McCann was acquired midseason during the 2018 - 2019 campaign but in his most recent season with the Penguins he had a decent showing with 14 goals and 21 assists for a combined 35 points over the 66 appearances he made for the Penguins in the regular season. Given that he had scored 11 goals for them over just 32 games during his limited time on the team in the previous season however it may be that McCann failed to meet the expectations the team had set out for him.

Friedman did not share any information regarding whether or not any rival teams in the NHL had yet shown interest for McCann, but I suspect that if Rutherford is trying to make the move this early it is one he intends to get done before the season kicks off. The window for the Penguins with players like Sidney Crosby and Evgeni Malkin is closing and I suspect that Rutherford will look to make a big splash over the next several weeks.