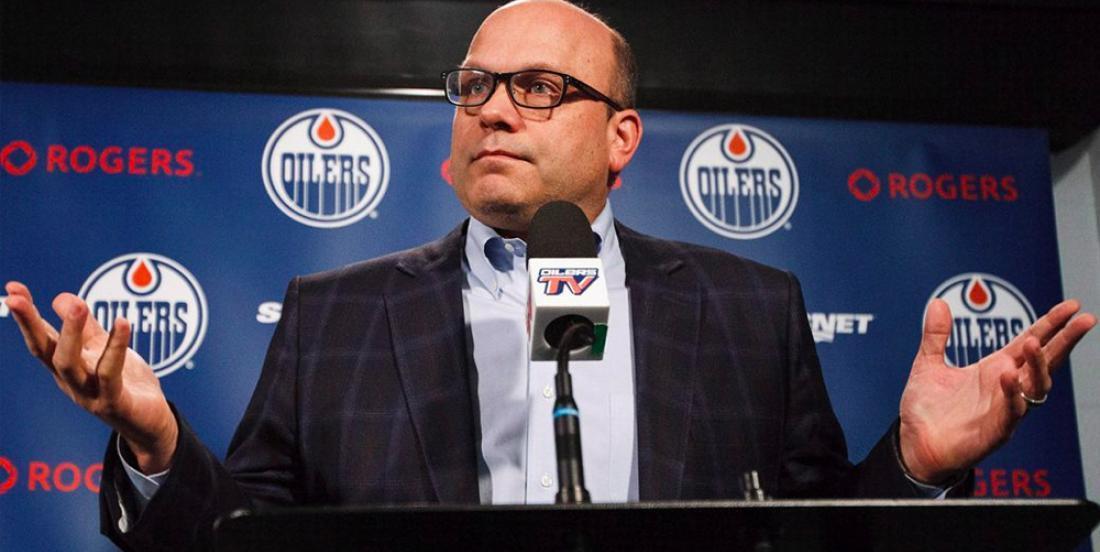 According to a report from Florida Panthers insider George Richards, the Panthers are strongly considering former Boston Bruins and Edmonton Oilers general manager Peter Chiarelli to replace Dale Tallon as the team's next GM.

According to Richards, Chiarelli is in competition with NHL analysts Kevin Weekes and Ed Olczyk and former NHL GM's Mike Gillis (Vancouver Canucks) and Ron Hextall (Philadelphia Flyers) for the job, but that Chiarelli is the "one to watch for the gig."

You hear that sound? That's the sound of tens of thousands of Oilers and Bruins fans literally laughing out loud. To say that Chiarelli wore out his welcome in both Edmonton and Boston would be the understatement of the century.

While he had success winning the Stanley Cup with the Bruins in 2011, Chiarelli is also guilty of signing some truly horrific contracts during his time as an NHL GM and his trade history isn't much better. While we won't eviscerate the guy here, his worst work is fairly well known. Milan Lucic's contract, the Taylor Hall trade, the Jordan Eberle trade, trading multiple picks away for wasted talent like Griffin Reinhart. Suffice it to say that Chiarelli's track record is spotty at best.

But, the fact of the matter is that he constructed a Stanley Cup champion in Boston. Or... did he? It's worth noting that some of the Bruins' core players like Patrice Bergeron, Brad Marchand, Lucic, Tuukka Rask, Zdeno Chara and Marc Savard were all acquired by then interim GM Jeff Gorton way, way back in 2006. Five seasons later when that group finally came together to win the Stanley Cup, Gorton had moved on and it was Chiarelli who garnered most of the credit for Gorton's work. Chiarelli then got the Bruins into some serious cap trouble, putting now GM Don Sweeney in a very difficult position when he took over the team.

When Chiarelli was hired by the Oilers it was supposed to signify a new era in Oilers hockey. One that would lead the team to success for the first time three decades. But five years later this team is no closer to contending for a Cup. In fact, new Oilers GM Ken Holland has been hamstrung by some of the truly awful contracts that Chiarelli negotiated and signed. Oof... good luck, Panthers fans.