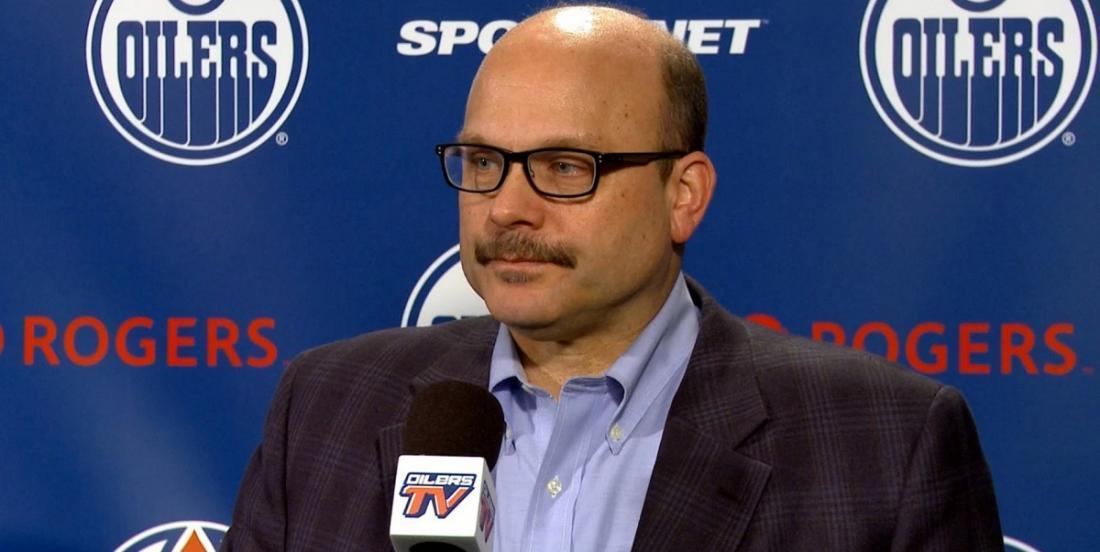 Wherever you go in the National Hockey League you can always here talk of something known simply as "the old boys club," and although it is more often than not used in jest, it is because of rumors like this one that there does also seem to be some validity to it. In a recent article for the Toronto Sun, controversial Toronto journalist Steve Simmons dropped a hint regarding a rumor involving former Edmonton Oilers general manager Peter Chiarelli, and it was a juicy one.

In his article Simmons not only linked Chiarelli to an NHL team, but also indicated that based on the rumor floating around the league it could even involve Chiarelli usurping the power of a very well respected NHL general manager in the process. According to Simmons there has been talk linking Chiarelli to the Arizona Coyotes where he would take on a role above that of general manager John Chayka.

The news comes as something of a surprise given that Chiarelli's track record in Edmonton had many fans rejoicing at his departure. Although he did pull off some shrewd moves during his tenure, most notably the contract signed by the NHL's leading scorer Leon Draisaitl looks like an absolute bargain right now, it was also marred by highly controversial trade deals, trading Taylor Hall for Adam Larsson is still a jaw dropping move to this day , and questionable contracts to players like now former Oilers forward Milan Lucic.

In spite of Chiarelli's seeming lack of success during his time as general manager of the Oilers this would seemingly see him getting a promotion, presumably to a role like president of hockey operations or something of that nature. It would be very interesting to see how this move would be received by John Chayka, a man who not so long ago entered the league as the NHL's youngest general manager, given how long he has now been at the helm of the Coyotes organization.

The Coyotes were purchased by billionaire Alex Meruelo in July of 2019, it may simply be that the new ownership group wishes to move in a new direction.