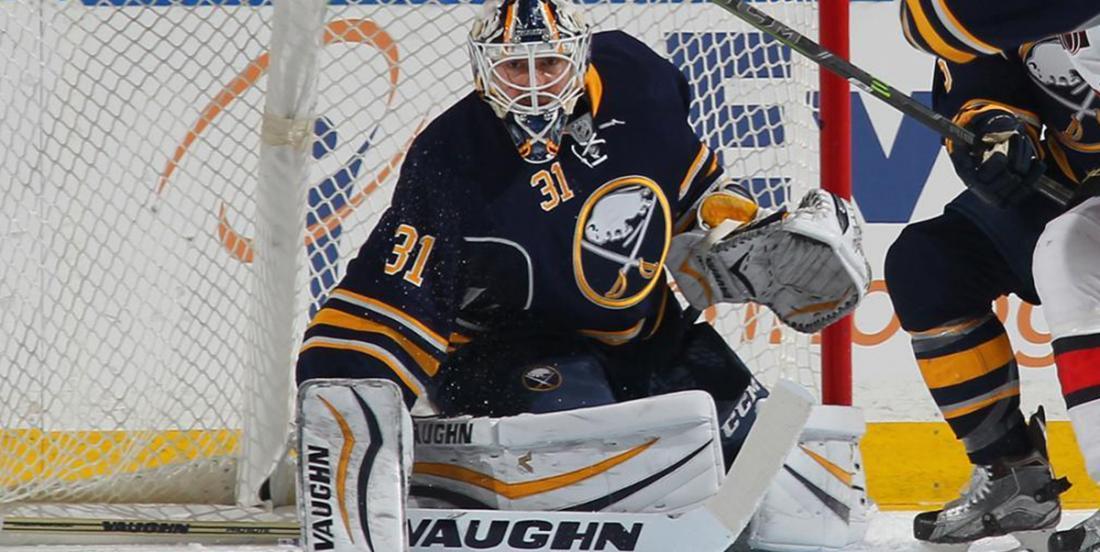 The two teams have reportedly had several discussions… is there a deal here?

It’s no secret that the Buffalo Sabres are in a free-fall. Just one quarter into the 2017-18 season and Sabres are in the basement of the NHL standings once again. Rookie GM Jason Botterill is on the hot seat already and is expected to make a move or two in advance of the NHL’s February 26th trade deadline.

According to a report from TSN’s Frank Seravalli, don’t be surprised if it’s the Pittsburgh Penguins who strike first in the Great 2017-18 Buffalo Sabres Fire Sale. Sabres backup goalie Chad Johnson is a pending UFA and a perfect trade target for the Penguins with starter Matt Murray out of the team’s lineup for the next few weeks. The 31-year-old netminder went 12-3-0 with a .939 save percentage when he was pressed into duty last season with the Calgary Flames when Brian Elliott struggled.

He’s a cheap option and Seravalli reports that the Penguins have been “sniffing around” on Johnson for awhile. While nothing appears imminent, don’t be surprised if Rutherford pulls the trigger on a deal if youngster Tristan Jarry struggles under his increased work load.