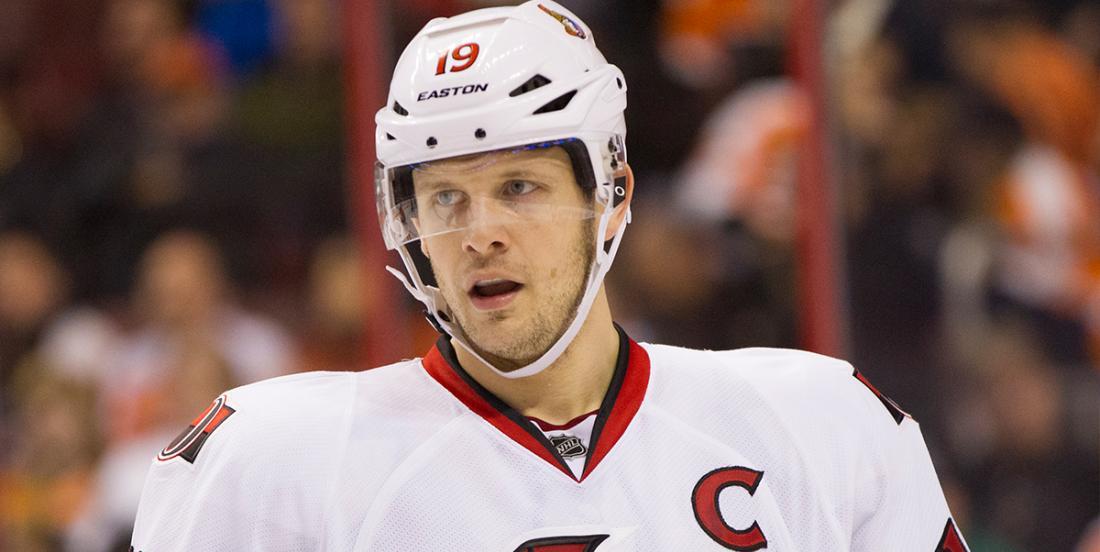 With just one goal and six points to start the season, Dallas Stars center Jason Spezza certainly hasn’t lit the world on fire like Stars fans hoped he might playing with top end talent like Martin Hanzal and Alex Radulov.  And while there’s still plenty of time for Spezza to turn things around, that hasn’t prevented his name from appearing in trade rumors.

In fact, on last night’s Saturday Headlines segment on CBC’s Hockey Night in Canada, insider Elliotte Friedman put Spezza’s name out there as a possible trade chip for the Stars.

“Prior to [Friday] he hadn’t scored yet and also he was looking at his lowest playing time since he first became an NHL regular and he’d been moved out of centre and onto the wing. I started to hear his name a bit, maybe as a potential trade chip.”

Interesting. But, where might he end up? How about back home with the Ottawa Senators? Despite picking up Matt Duchene last week, the Sens could still use some depth at center. Or, how about the Montreal Canadiens? The lack of depth in Montreal has been well documented. Or, how about the New York Rangers? Is Kevin Hayes a TRUE #2 center?

One thing’s clear: Spezza is calling the shots. “Now, one thing we should realize is he has full control over his situation—no-move clause during the season. No. 2, he’s got one more year at $7.5 million dollars,” Friedman said. “Just also in researching it, I think Dallas realizes you need offence to win in this league and Jason Spezza can still provide offence.”