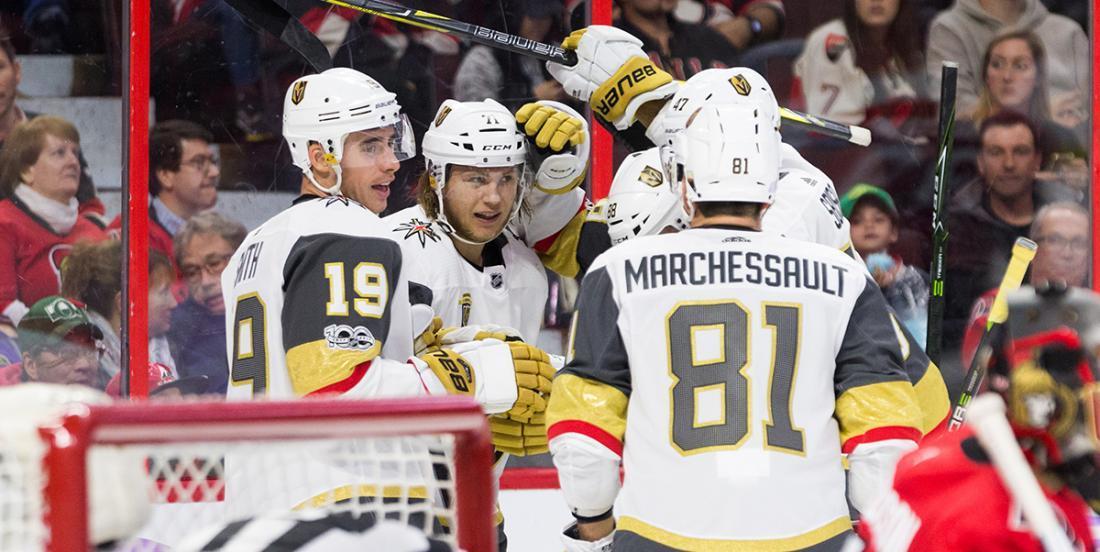 A serious cap crunch could force the Knights to make a tough trade.

While the Vegas Golden Knights’ 2018-19 season wouldn’t normally be seen as a disappointment for most second year professional sports teams, this is Vegas we’re talking about. After a Stanley Cup Final appearance in their inaugural season, the Golden Knights failed to make it past the first round of the Stanley Cup Playoffs this season, a disappointment for the team and its fans.

The offseason has come too quickly for the Knights and their fans and now president and new general manager George McPhee and Kelly McCrimmon will have some difficult decisions to make. The team is already over the salary cap for this past season and are dangerously close to the projected $83 million for next season. Now the question becomes, “who will pay the price?” NHL insider Elliotte Friedman believes that two fan favourites, William “Wild Bill” Karlsson and Jonathan Marchessault, could be on the chopping block.

How will Vegas get under the cap? The Golden Knights are already over this year’s $79.5M figure and close to the projected $83M for 2019-20. Defenceman Colin Miller fell out of favour, but teams who tried to take advantage of his healthy scratches were told the Knights aren’t interested in simply giving him away. I don’t know how likely it is, but they will be asked about two of their fan favourites: arbitration-eligible William Karlsson and leading goal-scorer Jonathan Marchessault.

Hard to imagine Vegas without either of these two guys, but Max Pacioretty’s $7 million annual deal and Mark Stone’s $9.5 million annual deal kick in next season, so something’s got to give. Marchessault makes $5 million against the cap for the next five seasons, while Karlsson is eligible for a new contract this offseason, as a restricted free agent.

As Friedman mentions however, defenseman Colin Miller seems a much more likely candidate to be moved this offseason. The 26 year old defenseman makes $3.87 million against the cap and was a healthy scratch at points this season.