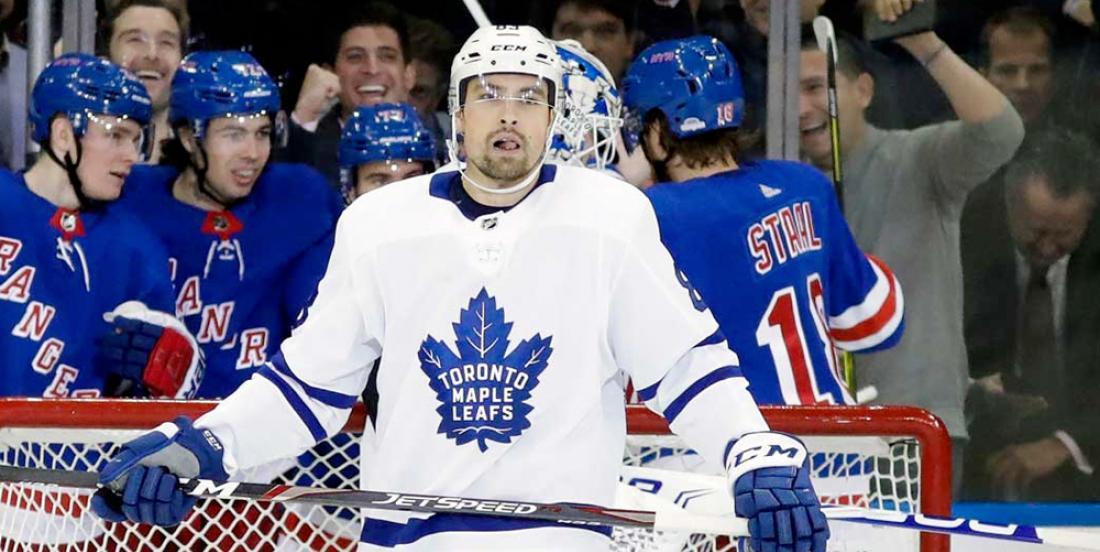 To say that things are little tense right now in Toronto would be the understatement of the century. The Toronto Maple Leafs, despite having some of the most talented players in the world, are in serious trouble of missing the Stanley Cup Playoffs this season.

They Leafs are currently one win up on the Florida Panthers for the final playoff spot in the Atlantic Division, but are actually out of the Wild Card spot. Now, a lot can happen between now and the start of the playoffs, but the Leafs simply can’t keep letting points slip away from them like they have recently. Put simply, this team needs to wake up and it seems that the players themselves realize this, as well.

According to a third hand unverified report, the Leafs held a “players only” meeting to clear the air. The rumour says that the meeting was held to address “toxic people” in the Leafs dressing room and that a big deal could be brewing if the team doesn’t fix things soon.

For what it's worth, this Twitter account was mentioned by Sportsnet hockey insider Elliotte Friedman on his latest 31 Thoughts podcast, saying that he believes it's a "burner account" of someone in the Leafs organization.

There’s obviously no way to verify this report and no other reputable hockey insider has come forward to endorse it. BUT… for the sake of argument let’s assume that it’s true. Are the Leafs’ problems really tied to personality issues? No. Just watch the games. They can’t defend below the goal line and their goaltending is been subpar when Frederik Andersen isn’t in the lineup.

Anyone suggesting that a “players only” meeting is going to be the reason for a sudden turnaround simply doesn’t know much about hockey.