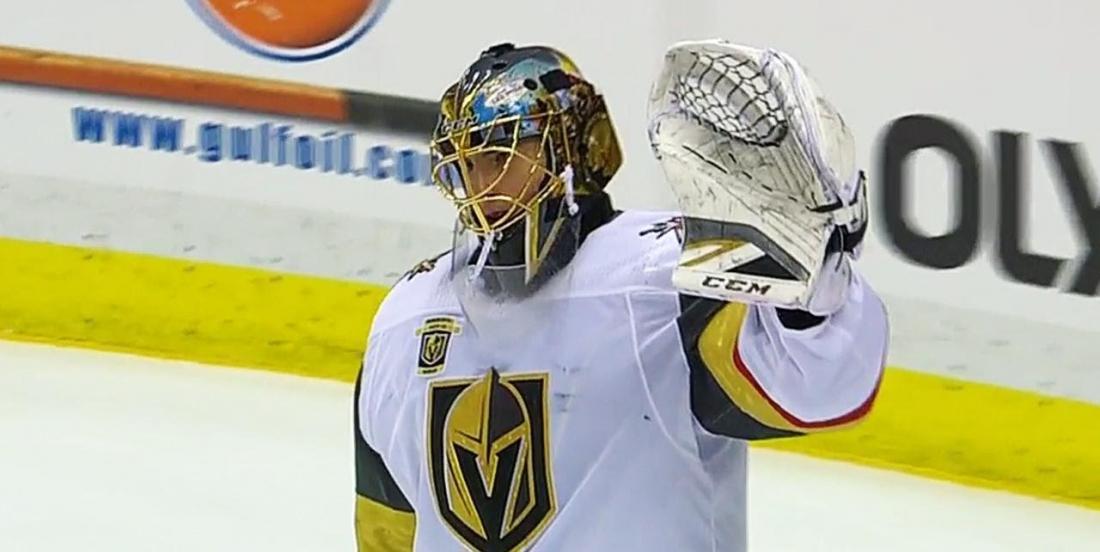 It sounds like this might be the end. The Vegas Golden Knights were eliminated from playoff contention on Monday night and just a couple of days later we wonder if we have seen Marc-Andre Fleury for the last time in a Golden Knights jersey.

On Tuesday, team insider Jesse Granger revealed in The Athletic that Fleury is expected to have submitted his revised list of teams that he cannot be traded to as part of the modified no-trade clause in his contract. The deadline was yesterday and Granger can only imagine that Flower did so as a precaution, seeing that the Golden Knights intend to sign Robin Lehner to a long-term contract.

Granger does not feel Vegas will change its mind and choose Fleury over Lehner, as we’ve seen it happening over and over during the postseason. Why would it be different in the offseason?

And the numbers wouldn’t work as Granger explains:

“If Vegas does indeed sign Lehner, who is currently scheduled to be an unrestricted free agent this offseason, it would leave little room for Fleury’s contract under the salary cap. Lehner should command $5 million per season at a minimum, and Fleury still has two years at $7 million per year on his contract. Because the Golden Knights have less than $5 million in salary cap space already, a Lehner signing likely means Fleury would be moving on. There’s always the option of moving out salary from another position, like a top-six forward, keeping the current goalie tandem intact. But paying upward of $12 million to goalies with as cap-strapped as the Golden Knights are doesn’t seem likely.”

We all know Flower is a team guy, but he may want more than what he is getting with the Golden Knights. Fleury has two years left on his contract while Lehner will become an unrestricted free agent at season’s end. It could make sense for him to want to move elsewhere, but with his 10-team no-trade list and the flattened salary cap for next season, there might not be many destinations for Fleury.

We would love to see that list and if it is now on the Golden Knights GM Kelly McCrimmon’s table.