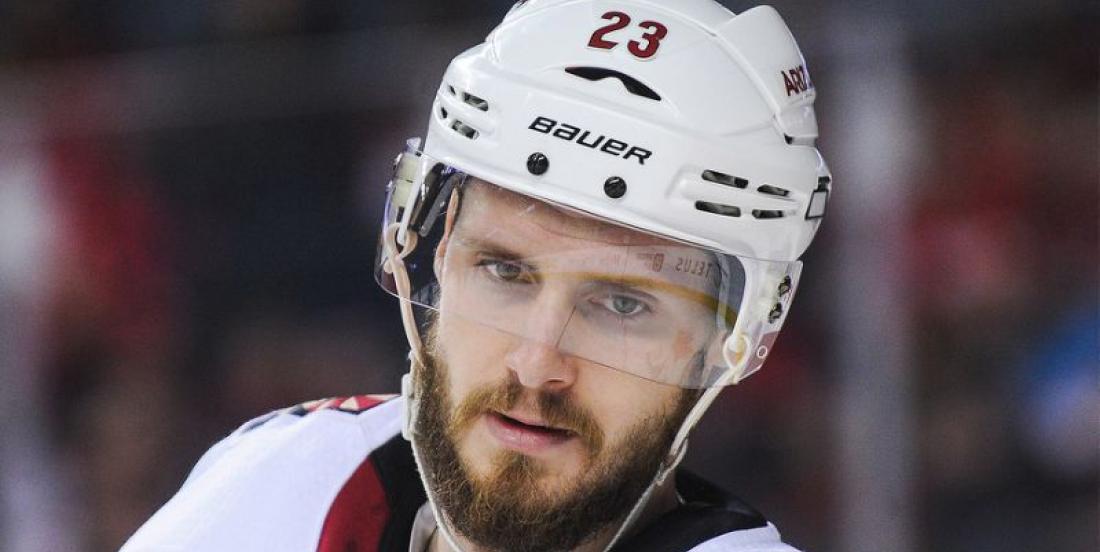 This could be the Oilers’ lucky day!

It is no secret that the Edmonton Oilers are looking to improve their blue line in order to become a true Stanley Cup contender and forget that they were ousted by the Chicago Blackhawks, who no one expected to pass the best of five qualifying round.

While it may be quite hard for the Oilers to get a significant upgrade on the back end due to the flattened salary cap for the upcoming seasons, this might be their lucky day. Last word on Hockey believes Edmonton could be willing to pull a blockbuster trade in order to reunite head coach Dave Tippett with his former star defenseman Oliver Ekman-Larsson from the Arizona Coyotes.

“The proposed trade would consist of the Coyotes sending Oliver Ekman-Larsson ($8.25M), Antti Raanta ($4.25M), and forward Vinnie Hinostroza ($1.5M) to the Oilers. In return, the Coyotes would receive forwards Ryan Nugent-Hopkins ($6M) and James Neal ($5.75M). The difference in the salaries is $2.25 million. A team like the Coyotes really needs to shed some salary to be able to make some moves and every little bit helps.”

We strongly believe that OEL would benefit from a change of scenery and reuniting with Tippett might remind fans how good he was under his lead. This past season under Rick Tocchet, Ekman-Larsson only managed to record nine goals and 21 assists. In his last campaign under Tippett, he had 56 goals and 81 assists: that’s a 21-point difference and more importantly a 16-goal difference.

Tippett might be a better match to get OEL’s offense going and this could appeal to the captain to get out of the desert and land in Edmonton (longer than he did during the postseason).

It could be hard to imagine the Oilers giving up on RNH, but trade chatter has been going on for years now. His productivity would certainly help the Coyotes, who would be willing to let go of Raanta, who would become Mikko Koskinen’s backup. We bet he would challenge him more than Mike Smith has, and we should add that we doubt the latter will be back in Edmonton.

This trade proposal could work especially if OEL really wants to reunite with Tippett. This might be the best way to get this transaction going for two teams who need a change in order to get in the business of winning a Stanley Cup.