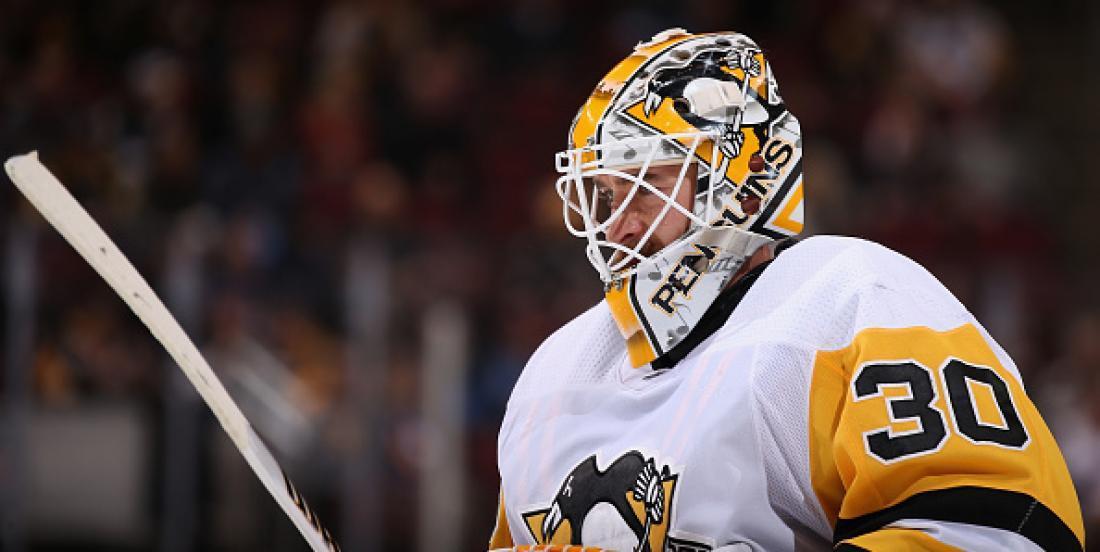 Pittsburgh Penguins general manager Jim Rutherford pretty much confirmed it: one of his goalies, Matt Murray or Tristan Jarry, will be moved in this offseason. The GM simply knows that keeping both of his top two netminders beyond this offseason is a luxury his team likely can’t afford and a move is in the cards.

Rutherford will have to make a decision on who goes and most insiders believe Murray will be the one packing his bags.

That prompted two rumours to pop up in recent days in which two Canadian clubs would be willing to part with a first round pick in this year’s draft in order to acquire Murray. Don Brennan of the Ottawa Sun believes the Senators should put in a call to Rutherford to make a move for Murray happen. He even advocates offering up the first-round pick Dorion received from the New York Islanders in the Jean-Gabriel Pageau deal, stating that Murray is a proven winner with two Stanley Cup rings and could help speed up the rebuilding process in Ottawa.

There is also Dan Kingerski of Pittsburgh Hockey Now who suggests the Calgary Flames could make a move for Murray. However the Flames would not offer up a first-round pick, but instead could sway the Pens with Sam Bennett, Dillon Dube, and Oliver Kylington as the possible return options.

We all expect changes to be coming to Calgary following the Flames’ first-round ouster by the Dallas Stars. We however don’t know if the Flames’ proposal return package would entice the Penguins as much as the possibility of finally landing a first round pick in a draft.

Pittsburgh hasn’t had a first round pick since 2014 in which they selected Kasperi Kapanen, who has yet to play in a Penguins’ uniform. He was sent to the Toronto Maple Leafs in the trade for Phil Kessel, but was recently moved back to Pittsburgh in one of the first trades of the 2020 offseason.

This could be fun for Rutherford to get a top pick especially in this year’s draft with tons of exceptional prospects.