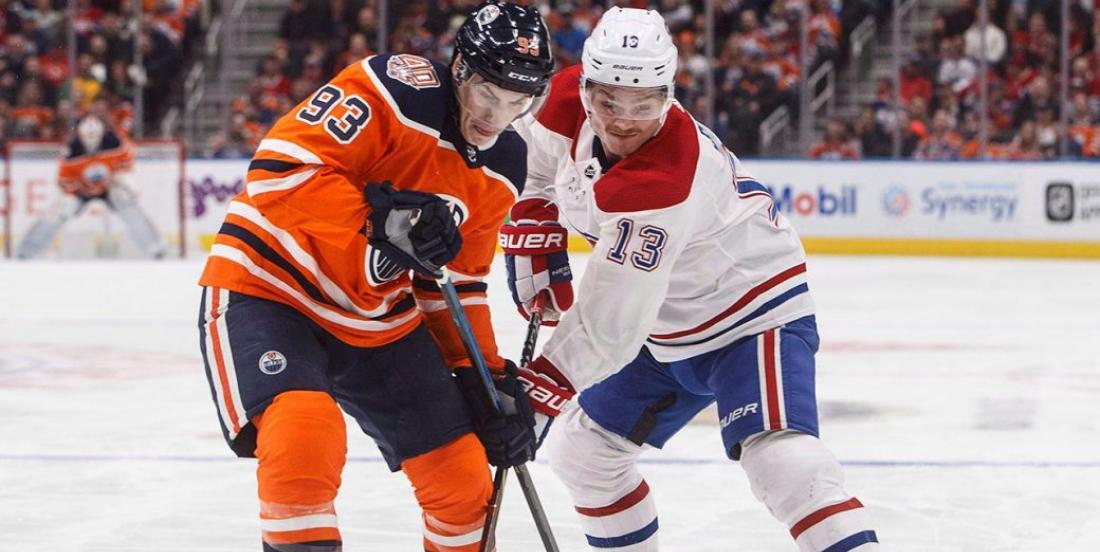 When Max Domi decided to fire his agent Pat Brisson, who has a strong working relationship with Habs general manager Marc Bergevin, it just felt like the trade chatter around the forward would get louder.

And did it ever? Stu Cowen of the Montreal Gazette didn’t waste time stating that Domi’s time with the Canadiens was over, which prompted Pierre McGuire of NBC Sports to get more information out on a potential trade involving the 25-year-old. On the air of TSN, McGuire mentioned how he could “see a potential fit with Edmonton for Domi, they have an situation coming up with Ryan Nugent-Hopkins whose contract is coming up. Like Domi, RNH has been playing on the wing a lot.”

It might be tough for the Habs to make room for RNH down the middle, he who is 3rd at the centre depth chart behind Connor McDavid and Leon Draisaitl for the Oilers. Not sure he would interest Bergevin despite recording 22 goals and 61 points this past season.

McGuire did not stop there, saying that the Chicago Blackhawks could also become a strong contender as a potential trading partner with Montreal to acquire Domi, though he did not mention what the Hawks would have to give up in order to get him in the Windy City.

At this point, no one knows what deal Bergevin is working on. These two teams could be in the lead and if TSN openly talk about them, they could be in contention in these Domi sweepstakes. It was also mentioned that the Toronto Maple Leafs could look to make a move as well, offering Alex Kerfoot in return for Domi.

However, we doubt Leafs general manager Kyle Dubas would be able to get his projected salary to fit under his team’s tight cap. Domi is rumoured to be seeking a $6 million annual salary on an extension.

He was also linked to the Pittsburgh Penguins, but that was before they made a major move for Kasperi Kapanen with the Leafs.

Domi is looking to play centre next season and it looks like he may not get that opportunity in Montreal. He is coming off a $3.1 million annual salary and has arbitration rights. He had a decent season scoring 44 points (17 goals + 27 assists in 71 games), but it was a step-back from his first season in Montreal in 2018-19 when Domi recorded 71 points (28G+44A) in 82 games.

We can see how he would fit in both rumours frontrunners mentioned above, but will this be what Bergevin looks to get in return for Domi…