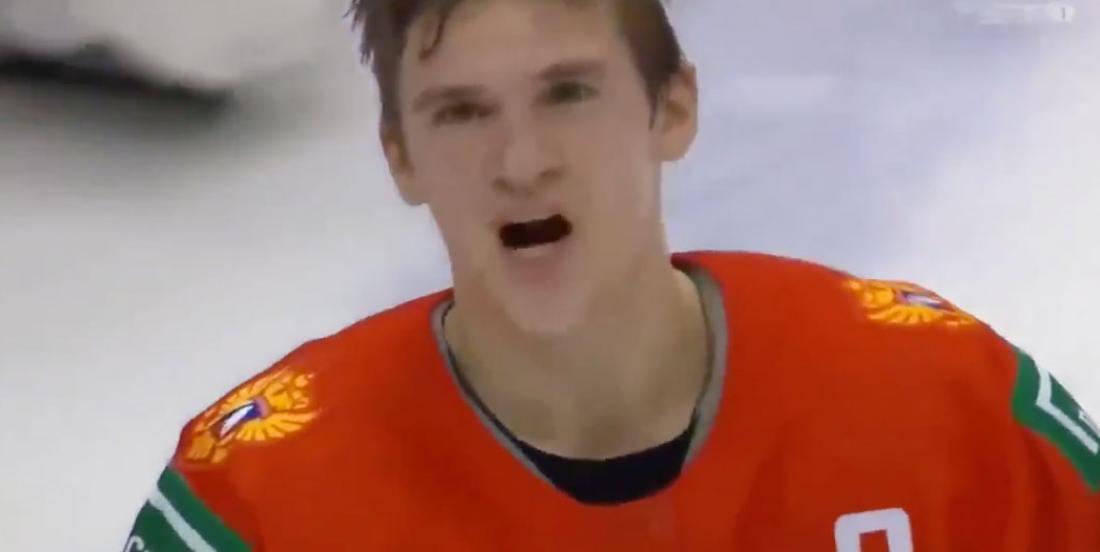 The kid is clearly upset about Russia's elimination from the World Juniors...

The Americans will play for gold after beating the Russian team 2-1 at the world junior hockey championship on Friday.It was Russia's first loss at this year's tournament, and team captain Klim Kostin was quite upset it came now in the semifinals at the hands of USA.

After the contest during the players of the game ceremony, Kostin and two of his teammates were called up to centre ice where they receive a watch and pose for a photo, but the Russian captain wanted nothing to do with it. And he made it quite clear to the crowd, which stood stunned to see the young player tossing his helmet in disgust as he headed to receive his award, which he brought to the team bench and barely return in time for the classic photo.

One thing is sure, the St. Louis Blues prospect is not smiling on it... When it was all said and done, Kostin headed back in line with his teammates as he swore out loud to the crowd...

It’s not as bad or memorable as throwing a bronze medal into the stands, but this is going viral and will be talked about for the rest of the tournament.

After the ceremony, the kid was clearly upset on the bench. The rest of his teammates headed back to the dressing while Kostin remained on the bench, crying his eyes out while he was being comforted by a member of the team.

The Americans took home bronze from last year's tournament after beating Russia in the quarterfinals. Cleary, USA has had the better of Russia for the past few years...