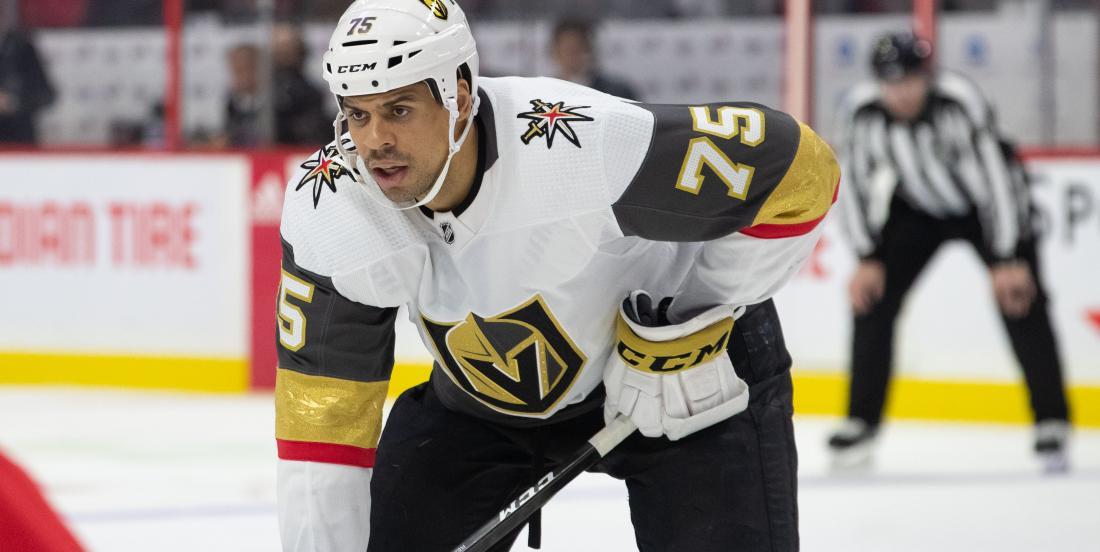 Reaves figured he was bound for the ECHL

It was definitely a weird situation for everyone involved when the Vegas Golden Knights hired Peter DeBoer as their head coach. DeBoer had been recently fired as the coach of the San Jose Sharks who have developed an intense rivalry with Vegas since the team's entry into the league. For Vegas tough guy Ryan Reaves, it was even worse as he recalled taunting DeBoer throughout some bitter battles between San Jose and Vegas.

"Every shift that I went out there and there was a faceoff in the neutral zone near their bench, I would just stare at him and laugh," Reaves told TSN 1050's "OverDrive. "I could see it start driving him crazy."

It's Reaves' job to get under the skin of opponents, but he admits his behaviour caused him some concern when the team was told DeBoer would replace Gerard Gallant behind the bench in January.

"That's all I thought about when they said, 'Pete DeBoer is coming,'" Reaves said. "That whole game was just, like, flashing through my head. I was like, 'Oh man, I'm going to go down to the coast (East Coast Hockey League) after this.

His worry was for nothing. Reaves said DeBoer made everything very simple.

"It was seamless," Reaves said. "He's a great coach, he's a great guy, and it was a pretty easy transition."

After DeBoer took over, the Golden Knights went 15-5-2 and were first in the Pacific Division when the season was suspended.