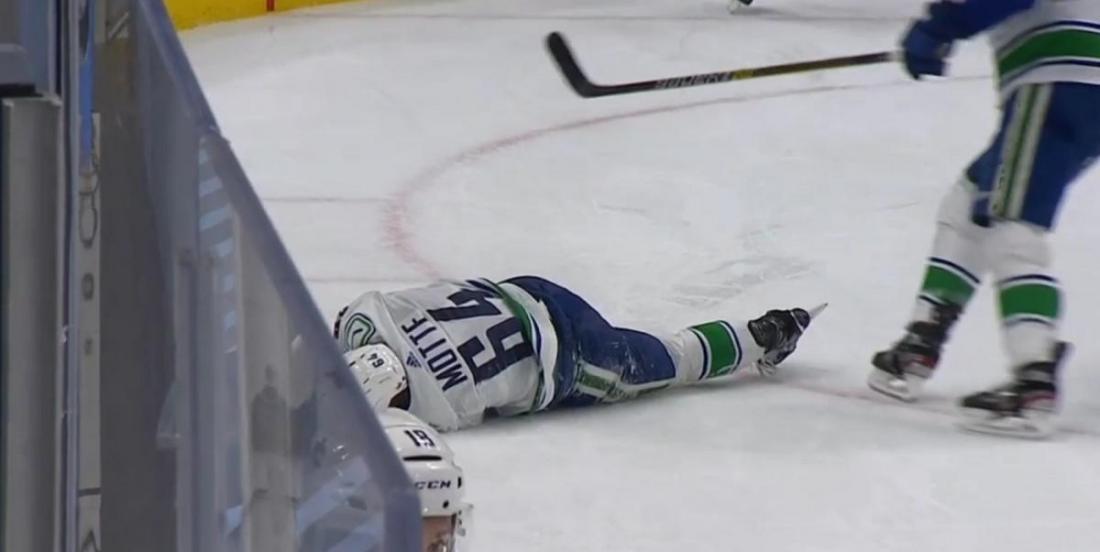 The Las Vegas Golden Knights will likely begin the Western Conference Final without one of their most intimidating players in the lineup.

Although the National Hockey League has not yet made a ruling, it has now been revealed that the league's Department of Player Safety will in fact review the hit delivered by Golden Knights forward Ryan Reaves, a hit that caught Vancouver Canucks forward Tyler Motte up high during Game 7 on Friday night. Reaves received a 5 minute major as a result of the hit but there's no question that this was an ugly hit and frankly I am not that surprised to learn that the league will take this one under review.

For those of you who missed the hit last night, here's the replay.

Should Reaves be suspended for the hit? If so how many games do you think will be a reasonable suspension given that the Golden Knights are entering the conference final?

Update: The League has now confirmed that they will in fact be reviewing the hit.