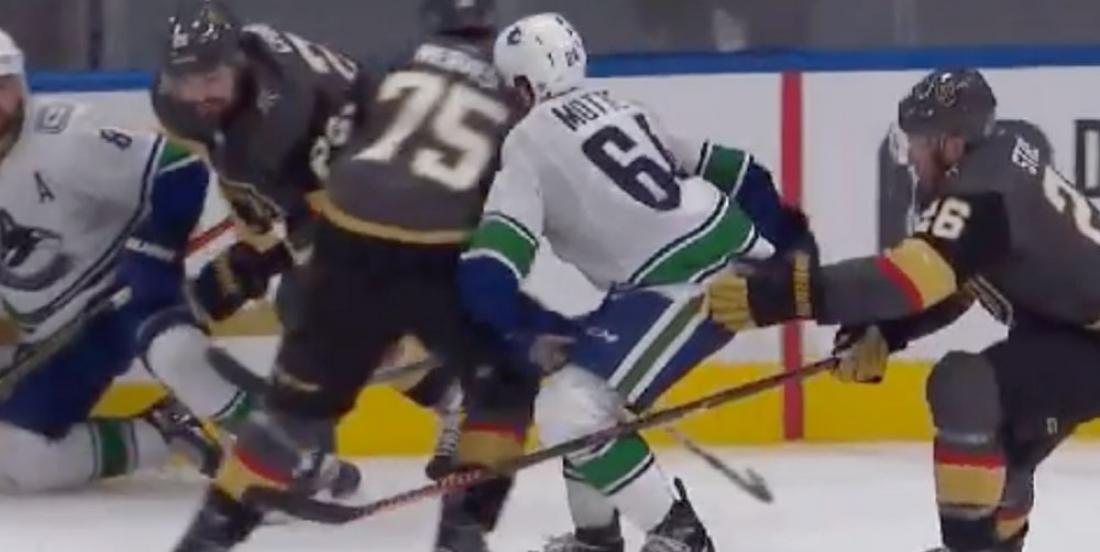 Vegas Golden Knights forward Ryan Reaves’ night ended early. Towards the end of the second period, it was over for the gritty player. Reaves was assessed a five-minute major and game misconduct for an illegal check to the head of Tyler Motte of the Vancouver Canucks.

Reaves was furious with the call, which was reviewed before it was announced that the Vegas forward would watch the remainder of this do or die Game 7 from the dressing room. He slammed and broke his stick on his way down the tunnel, knowing the Canucks would benefit from a lengthy power-play.

Motte was slow to get to his feet, but also appeared intrigued by what the officials’ decision would be. His head coach Travis Green demanded a major penalty and got what he was seeking and more. Reaves won’t be around to bug his players as both teams fight to advance in the Western Conference final, where the Dallas Stars have been waiting since this late afternoon.

Reaves had been bugging the Canucks since the very start of the crucial game. In the first period, he got in a fight with Jake Virtanen and has been running his mouth all series long.

We bet the Canucks will appreciate the break and will attempt to get the lead in this must win game!