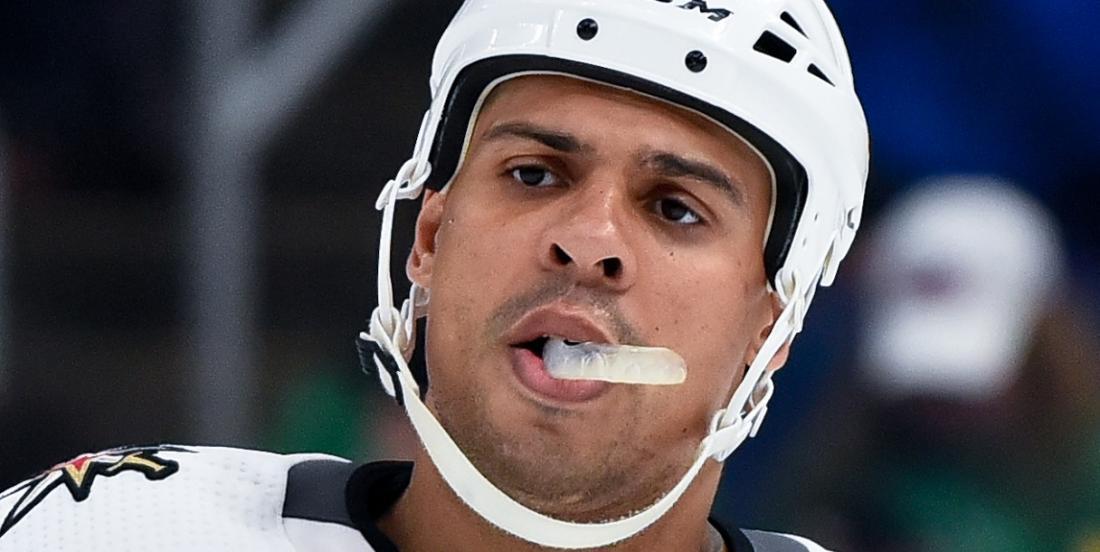 A great message of Reaves.

There's no doubt that many fans of the National Hockey League that have never cheered for Ryan Reaves view the man as a glorified goon. The Las Vegas Golden Knights big man is at times a devastatingly physical player on the ice but the reality is that he is quite a bit more than that. Reaves has a good bit of offensive talent in his game as well but where he really seems to excel, at least from my perspective, in his ability to psychologically impact the opposition.

This has always suggested to me that Reaves is a deep thinker when it comes to the sport of professional hockey, , one only need to watch a few of his post game interviews to see that this is indeed the case, and his most recent comments to the Las Vegas Review Journal about the current turmoil in America once again suggest to me that there is much more beneath the surface of Reaves that initially meets the eye. Reaves recently shared a very nuanced take regarding racial tensions in America, the murder of George Floyd, and the fallout surrounding that incident and it might surprise you to learn that his comments struck me as some of the most well thought out we have heard as of yet from an NHL player. While some players were quick to criticize prominent athletes in the National Hockey League for not speaking out after the incident, Reaves had quite a bit more empathy for those who chose not to remain silent.

"You’re coming from two different sides of the fence here," said Reaves as per the Review Journal. "In hockey, it’s a predominantly white sport, so for a bunch of white hockey players to come out and speak about black issues, it’s probably tough for them. It’s not an easy subject to talk about, but I like how a lot of players are going about it.

"They don’t like what has been going on and now it’s time for them to listen. That’s a powerful thing. They’re saying, ‘We need to listen and learn from this.’ And they have a platform that will reach hundreds of thousands, if not millions of people."

Reaves has the benefit of having a rather unique perspective here given his position as a black man in a predominantly white sport, and given his family's decorated history of service in law enforcement. Reaves is the son of Willard Reaves,  a former sergeant with the Manitoba Sheriff Services in Winnipeg, and Willard was able to offer some insight into how his son is processing the current situation.

"(Law enforcement) in our family dates a long, long ways back," said Willard. " "We have several who chose this as (a profession). Because of this, Ryan can see all of this from both sides. He’s mixed race (His mother Brenda is Caucasian.) He can analyze and internalize from either point. He will come to his conclusions. He will deal with the facts and what he sees and hears.

"And there is internal conflict."

The actions taken by Reaves last week only serve to once again show that the man has put a great deal of thought into this. Last week Reaves teamed up with bitter rival Evander Kane and other prominent black players in the NHL to form an alliance that will look to challenge racism in the sport, and hopefully one day eradicate it entirely. The fact that he would team up with Kane, a man he clearly despises on the ice, speaks to what a strong man of character Reaves is off the ice.

"I spoke to Evander and told him I want to jump in on this powerful message," said Reaves. "We have to put aside our differences on the ice and come together for a much bigger cause."

Ryan Reaves has clearly done a lot of thinking on this issue, and no doubt he is a man that will be worth listening to moving forward.