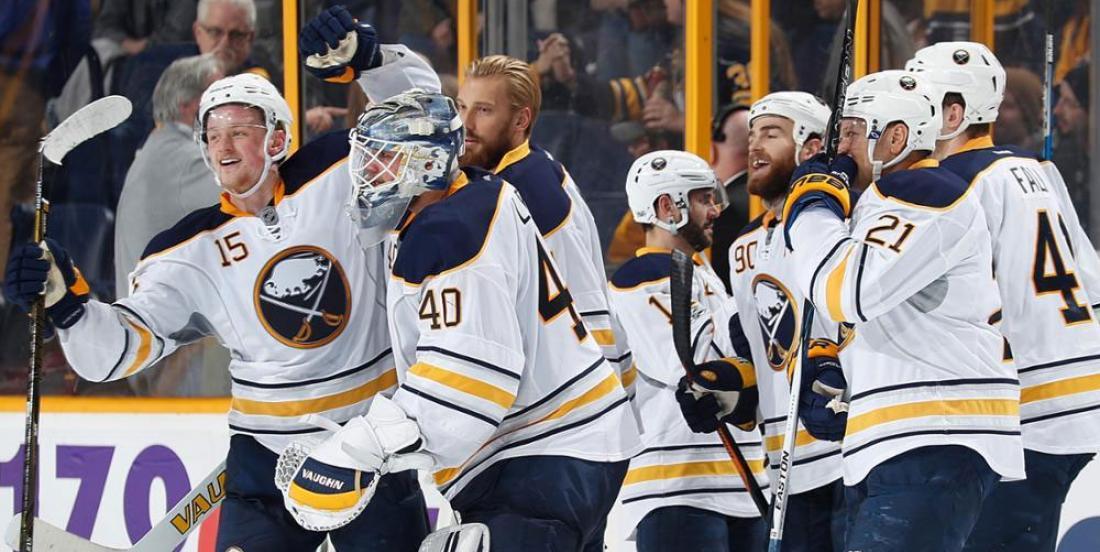 We don't believe the Buffalo Sabres predicted their season would go down like this after signing star player Jack Eichel to an extensive lucrative contract this summer.

Now, the Sabres have gone into open-for-business mode and now looking at moving many of their most key players as the Feb. 26 trade deadline approaches.

Mike Harrington of the Buffalo News starts off by reporting that Sabres goaltenders Robin Lehner and Chad Johnson could be attracting interest from clubs with sidelined netminders, who are seeking additional depth between the pipes such as the Pittsburgh Penguins, Edmonton Oilers, Florida Panthers and Philadelphia Flyers.

Both Sabres goalies are on one-year contracts and Buffalo is willing to trust Linus Ullmark to take over the starter’s job by next season.

On top of that, the Sabres have yet to decide what to do with top forward Evander Kane, who might be losing interest to accept a contract extension with the struggling club. Buffalo could look to move Kane and get an interesting return to build a better future around Eichel.

Ryan O'Reilly's name has also been heard on the trade chatter, which clearly indicates the Sabres are open for business.

Rival clubs are certainly taking the time to look at the Sabres in action and do a little shopping in Buffalo at this time of the year.