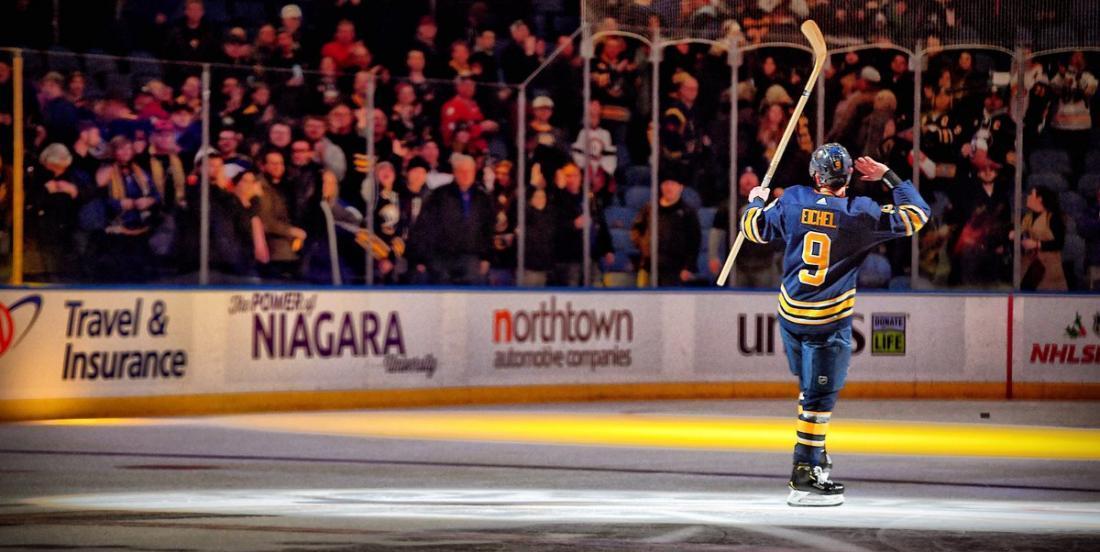 Buffalo Sabres captain made it very clear towards the end of the 2019-20 season that he wasn’t happy anymore. The 23-year-old forward is now five seasons into his NHL career and has been nowhere near the Stanley Cup playoffs. This even led to widespread rumour reports that Eichel is unhappy in Buffalo and some fear he could demand a trade. Publicly, Eichel has never insinuated anything about a trade, but it’s now no secret he is frustrated with his team’s performances.

He is not alone. Fans have been very upset over the team’s performances over the past years and even more with how management has dealt with the front office and changes it underwent in the past months. In June, the Sabres fired general manager Jason Botterill and replaced him with the team’s Senior Vice President of Business Administration Kevyn Adams. Not only did the Sabres ownership axe Botterill, but they also fired Ryan Jankowski, the director of amateur scouting, and the assistant director, Jeff Crisp, plus 12 of the 21 scouting staff. On top of that, Terry Pegula and company dismissed the entire AHL coaching staff even though the Rochester Americans finished second in their division with a very respectable 33-20-4-5. Head coach Chris Taylor, assistants Gord Dineen and Toby Petersen plus Americans GM Randy Sexton, who was well known here in Charlottetown with the Senators, were also dismissed.

Clearly something needs to be done in Buffalo to get things back on track and on Thursday, it was announced that the team is looking to hire a Manager of Fan Development.

Here is what that new member is expected to bring forward: “The Manager of Fan Development will play a key role in growing and sustaining the fanbase of the Buffalo Sabres. Through research and data analysis, the Manager of Fan Development will identify existing, emerging, and underserved market segments and apply insights to develop programs and initiatives for short and long-term growth. This role, as part of the Marketing Department, will work collaboratively with Sabres Community Relations, Content, Business Intelligence, Business Development, and Social teams, as well as third party vendors to deliver against KPIs to drive the connection between the brand and the community.”

The Sabres ended in 13th place of the Eastern Conference but couldn’t qualify for the NHL’s expanded playoff format featuring the top 12 teams in each conference. Their playoff drought is the league’s longest active streak.