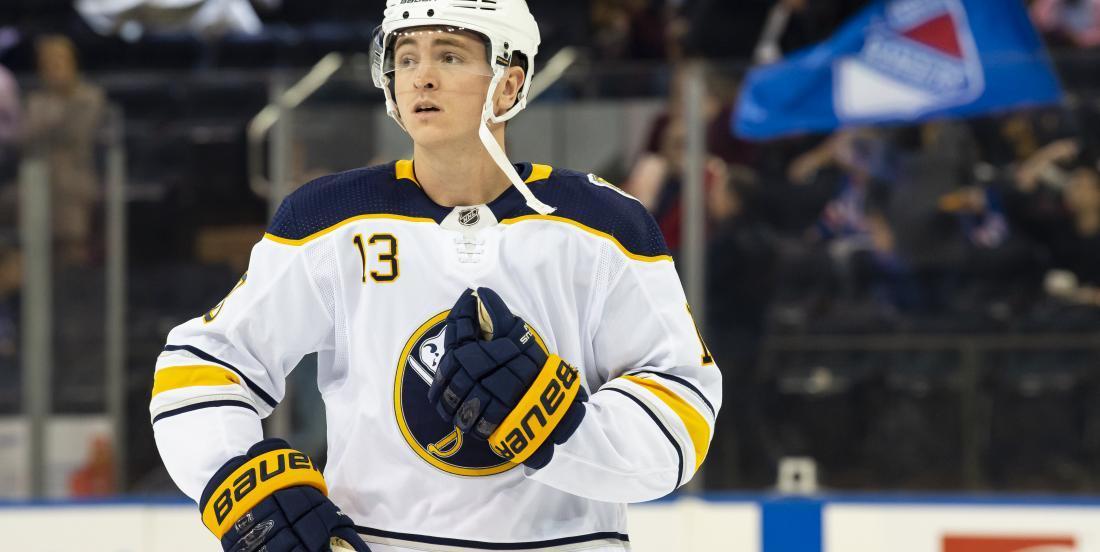 Here is the projected lineup for tonight's game in Detroit.

The Buffalo Sabres are set to face the Red Wings tonight in Detroit. They will be looking to reach the top spot in the NHL with a win tonight while the woeful Wings will try to end their losing streak at 6 games.

It was announced during the afternoon today that both defenseman Marco Scandella and winger Jimmy Vesey will be unavailable for tonight's game. Both are staying in Buffalo to be evaluated by the Sabres' medical staff following their injuries.

After a tough loss against the Rangers in their last game, the Sabres will be looking to get back to their winning ways despite the absence of two key players.

Evan Rodrigues in likely to step in for Vesey on the third line while William Borgen who was just called up from Rochester in the AHL is the likely candidate to replace Scandella on the bottom defensive pairing.

Linus Ullmark will take over as the starting netminder for tonight's game as Hutton will be his backup. The rest of the formation should stay unchanged.

Here is the projected lineup for the Sabres according to NHL.com correspondent Dave Hogg:

John Gilmour is set to be a healthy scratch this evening. Vesey and Scandella will join d-men Zach Bogosian, Matt Hunwick and Brandon Montour in the injury ward.

The Sabres aren't the only ones affected by injuries. Today, the Red Wings announced that veterans Luke Glendening, Justin Abdelkader and Danny DeKeyser are going to miss tonight's matchup because of injuries.

The struggling Wings look in bad shape, but there is no such thing as an easy win in the NHL. Get ready for an entertaining game.