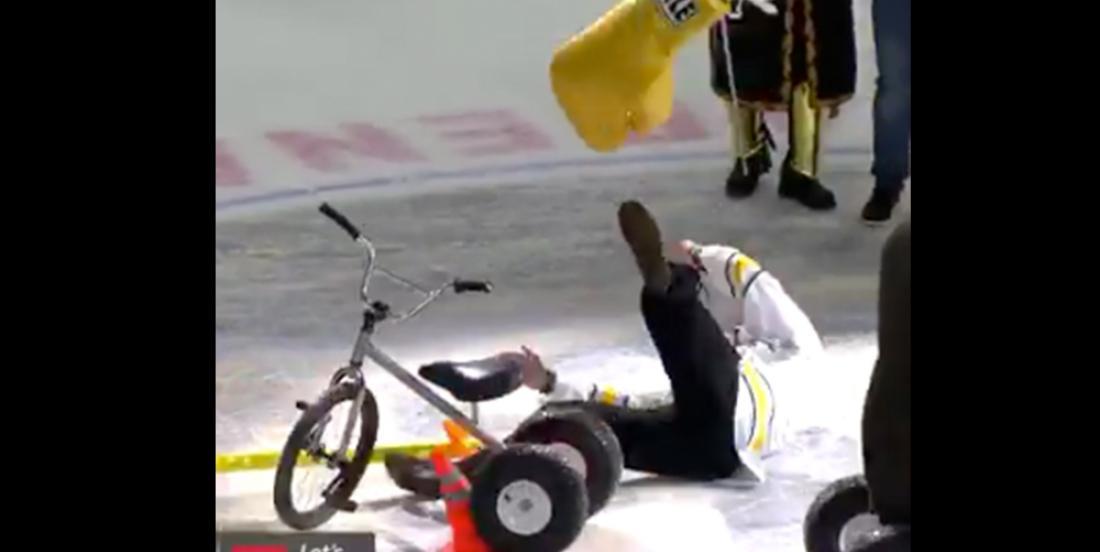 It's been yet another disappointing season for Buffalo Sabres fans... but hey... it's only been half a century, right?

The Sabres are in the midst of celebrating their 50th season in the NHL and well... things have gone off the rails for the blue and gold once again. Despite having a strong team on paper, the Sabres will likely miss the Stanley Cup Playoffs for the 9th consecutive campaign. Sabres players like Jack Eichel, Rasmus Dahlin, Sam Reinhart and Rasmus Ristolainen have literally NEVER played an NHL playoff game in the careers and, frankly, who knows when they finally get their chance?

I think this gif taken from an intermission segment during Friday evening's loss to the Vegas Golden Knights sums things up perfectly:

Pretty much sums it up.

Just how bad are things getting in Buffalo? Sabres fans are essentially losing their minds... I mean check out this call to WGR550 radio where an irate fan voices his displeasure with the team.