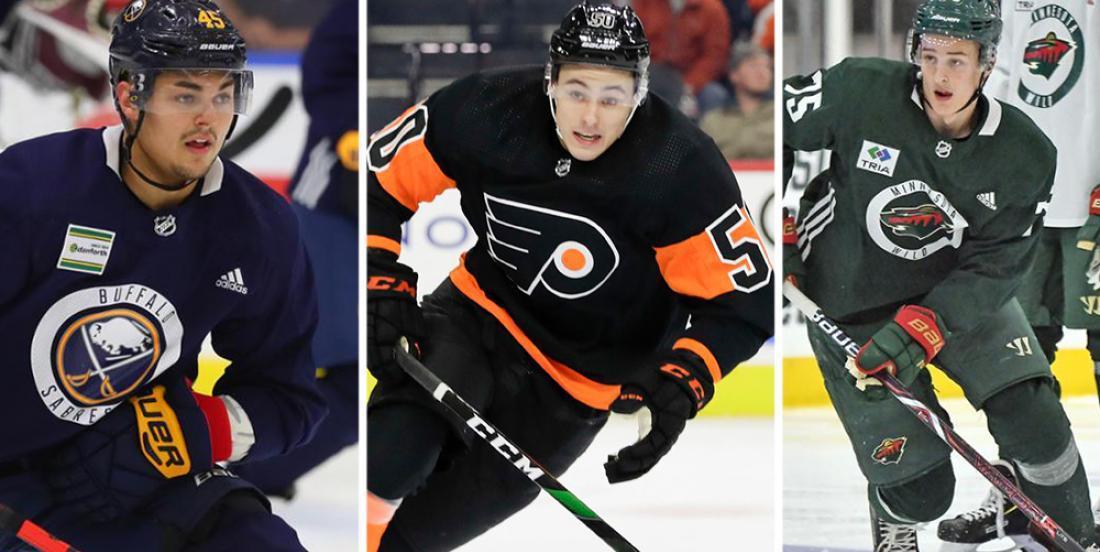 We have four signings from a trio of NHL teams to announce today, all relatively small in the greater landscape of the league.

Read below for the team’s full press release announcement:

Beckman tallied 62 points (32-30=62) in 68 games last season with the Chiefs and led the team in goals and plus/minus rating (plus-19). He ranked second amongst WHL rookies in goals, power-play goals (eight) and scoring and T-2nd in assists and shots on goal (177). Beckman was selected by the Wild in the third round (75th overall) of the 2019 NHL Entry Draft.

Next up, the Buffalo Sabres announced that they've signed forward Dawson DiPietro to a one year deal.

Read below for the team's official press release announcement of DiPietro's signing:

The Buffalo Sabres have agreed to terms with forward Dawson DiPietro on a one-year, entry-level contract.

DiPietro, 24, recently completed his senior season at Western Michigan, where he was teammates with Sabres prospect Mattias Samuelsson. He tallied 29 points (12+17) in 35 games, upping his career total to 88 points (34+54) in 105 NCAA contests.

DiPietro participated in the Sabres' annual development camp last summer. He was a member of the winning team in the 3-on-3 French Connection Tournament, skating as part of a group that included forward Tage Thompson and defensemen Jacob Bryson and Ryan Johnson.

"Dawson was excellent at our development camp last summer, where he was able to showcase his speed and skill," Sabres general manager Jason Botterill said. "His high-energy, up-tempo style was an important asset for Western Michigan, and we're excited to add his skillset to our group."

The Medina, Ohio native said that week that he had been a fan of the Sabres and attended games in Buffalo growing up. He spoke highly of his experience at development camp.

"Nobody knows each other when you walk in, but everybody shakes your hand, everybody meets you," he said. "It's a family atmosphere."

DiPietro is the second NCAA forward signed by the Sabres during the past week, following the addition of Penn State winger Brandon Biro last Wednesday.

Again, read below for the team's full press release announcement of today's signing:

Below are news & notes on Laczynski:

* Has spent the last four seasons at Ohio State University where he compiled 143 points with 48 goals and 95 assists through 138 games.

* Served as alternate captain in his senior year and led the team in scoring with 34 points, which T-3rd in the Big Ten Conference, and 23 assists, which ranked second in the conference.

* He also led the team, as well as the Big Ten, on the power play with 17 points, including 14 power-play assists.

* Laczynski has led Ohio State in scoring in two of his last three seasons and was named First Team All-Big Ten in 2018 and is a two-time Academic All-Big Ten selection and three-time Ohio State Scholar-Athlete.

"Tanner has completed an excellent college career at Ohio State University and we are very excited to have him under contract," said Vice President & Assistant General Manager, Brent Flahr. "He plays a mature two-way game, he's a proven leader, and we see him as a versatile forward for the Flyers organization going forward."