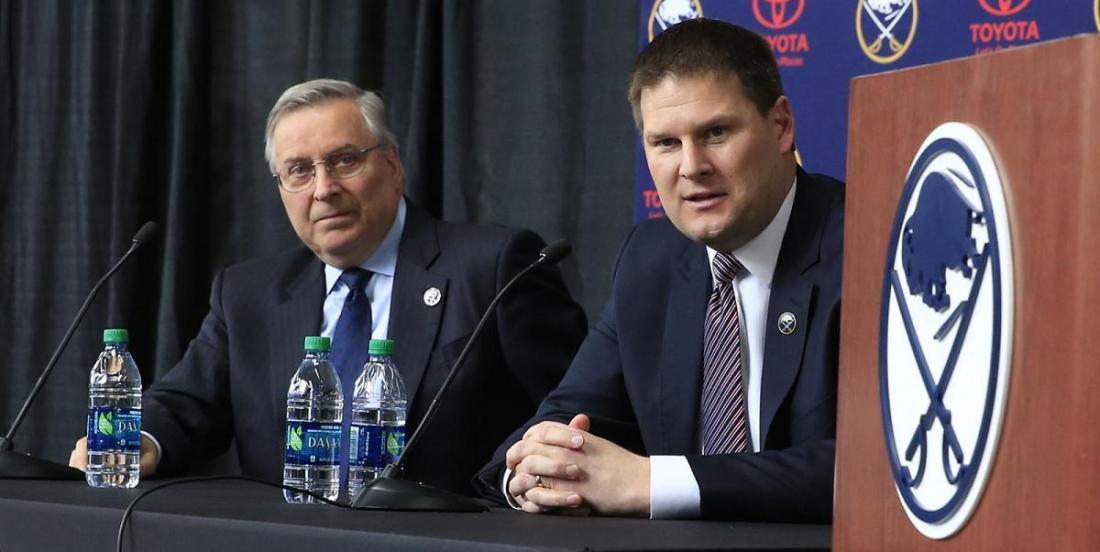 It was already a tough day for the Sabres on Tuesday when it was officially announced by NHL commissioner Gary Bettman that the league is planning a 24-team Return to Play format, meaning Buffalo is done playing for the season, it got worse later on…

Team president and co-owner Kim Pegula told The Associated Press that general manager Jason Botterill will return as the club’s GM despite overseeing a team that will miss the playoffs for a ninth consecutive year.

Pegula even acknowledged that the decision might be unpopular among some fans, but said she and her husband, Terry, are confident in the job the GM has done.

“He’s our GM. Our plan is to continue with him,” Pegula said in a Zoom interview.

“I realize, maybe it’s not popular with the fans, but we have to do the things that we feel are right,” she said. “We have a little bit more information than maybe a fan does, some inner workings that we see some positives in.”

The Sabres ended in 13th place of the Eastern Conference but couldn’t qualify for the NHL’s expanded playoff format featuring the top 12 teams in each conference.

The Sabres’ playoff drought is the league’s longest active streak.

The Pegulas have been criticized more than once in the past years at the helm of the franchise. There was finally hope this season when the Sabres got off to a 9-2-1 start, but then went 2-8-2. The Sabres lost six in a row before a 3-2 shootout win over Washington on March 9, their final game.

Botterhill got a lot of criticism too in the past seasons, especially when he got little in return in trading  Ryan O’Reilly to the St. Louis Blues in July 2018 and when he hired head coach Phil Housley, who was fired two seasons into his tenure.

Things don’t seem to be getting any better in Buffalo…