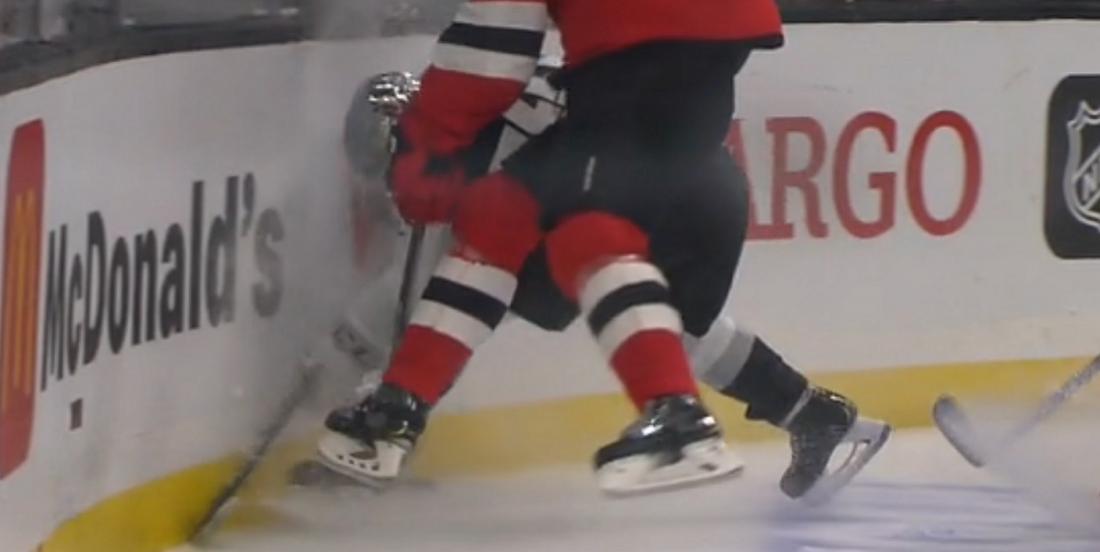 I've got to be honest upon watching this one in real time I genuinely did not expect Los Angeles Kings rookie forward Blake Lizotte to walk away from this under his own power.

There was an incredibly scary moment on Saturday night during a late night matchup between the Los Angeles Kings and the New Jersey Devils, a moment that took place in that game's opening period. The aforementioned Lizotte was engaged in a race for the puck and although he did a pretty good job of hustling and getting on the puck rather quickly, he also did an absolutely horrendous job of handling his forward momentum once he got to the end boards and had to stop. Instead of stopping and making a play on the pick, Lizotte for some reason appeared to lose his balance or simply put his head down of his own accord and as a result he went crashing head first into the boards at a high rate of speed.

You can't blame any of the other players that were involved on this play because after watching the replay a few times it really does look to me like Lizotte managed to pull this one off all on his own, he was not bumped prior to falling off balance and he did not appear to get tripped as he closed the gap on the boards either. It was perhaps just a bit of bad luck combined with some poor planning on the part of the rookie, but the angle at which his neck and head hit the boards had every single player around him immediately concerned.

The play was not initially blown dead but every player from both the Devils and the Kings showed great class and a serious level of concern for Lizotte as they all immediately stopped playing, with not a single player looking to continue to make a play on the puck. The Kings trainer came out to check on Lizotte and somehow he managed to walk away from this one under his own power, eventually retreating to the Kings locker room after a brief chat with the organizations training staff.

Even more surprising Lizotte would come back into the game, somehow avoiding any type of serious neck injury or concussion.