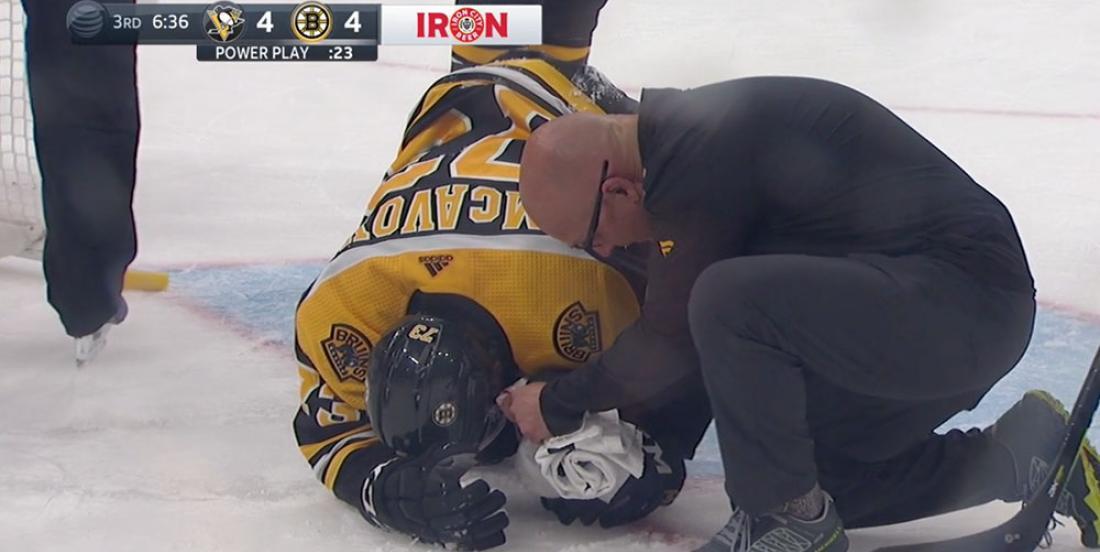 Do yourself a favor, if you didn’t catch tonight’s game between the Boston Bruins and Pittsburgh Penguins, well… you blew it.

After giving up three brutal goals in the first period, the Penguins stormed back to take a 4-3 lead, only to have the B’s tie things up in the third period. The Penguins’ fourth goal was an absolute beauty and the first career NHL goal for Mass. native John Marino.

Bruins defenseman Torey Krug managed to tie up the game in the third, but just moments later the team lost defensive standout Charlie McAvoy after he smashed the side of his head into the Bruins’ goal post.

McAvoy has left the game, no word yet on his status moving forward but he did manage to skate off the ice under his own power. Stay tuned.

UPDATE: Marchand absolutely RIPPED a 1 on 2 shot from a terrible angle to take a 5-4 lead. Incredible.

UPDATE 2: Bergeron adds an empty-netter and that's all she wrote. 6-4 Bruins.