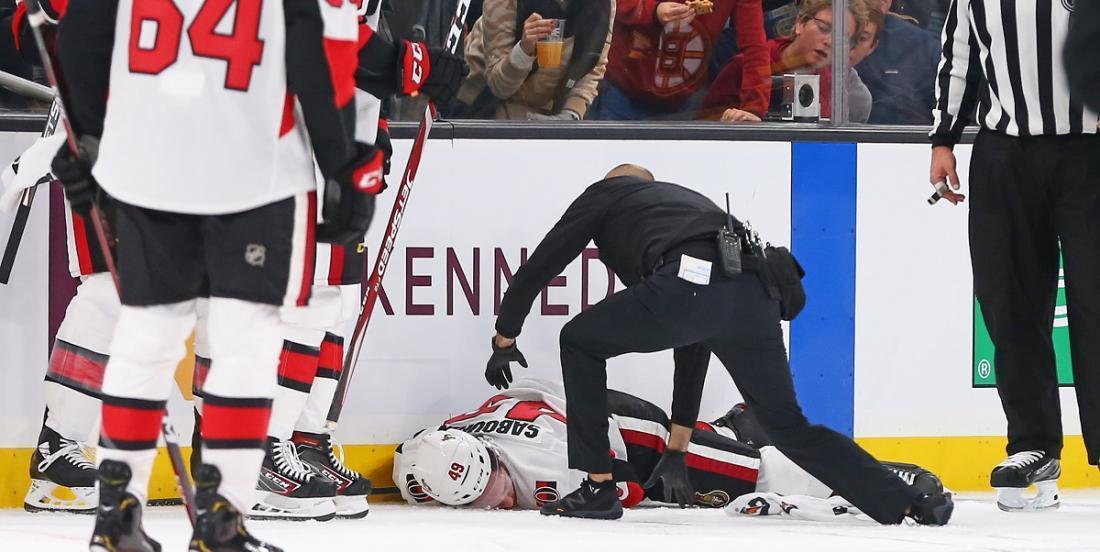 Although Backes has since returned to action for the Bruins there have not been a lot of updates on the health or status of Sabourin, who to be fair clearly got the worst of it, since the incident. Sabourin remains out of action for the time being but on Monday he finally broke his silence and spoke to members of the media for the very first time since his injury.

“Hopefully I’ll be in the lineup sooner rather than later,” said Sabourin.

It is unclear when that will be however and it sounds like it may be a whole still before Sabourin can return, the gritty forward went head first into the ice and no doubt doctors will insist on taking every precaution with him. In fact according to a report from TSN's Ian Mendes it sounds like doctors expect Sabourin to undergo more tests before this is all said and one.

"He still needs to pass another neuro-psych test before he’s medically cleared to play," wrote Mendes

The aforementioned David Backes also recently spoke to members of the media for the first time since the incident and had this to say:

“To be part of a collision, and I saw (Sabourin) down there, and I saw blood coming from his mouth, his nose, his eye and he wasn’t moving … I’ve seen guys knocked out quite a few times and after 15 or 20 seconds they start to get the twitches or they wake up wondering where they are. It’s scary, but it seemed to me like he was out for minutes," said Backes while addressing reporters for the first time since the injury.

“I was really fearful that he was critically injured and he needed significant help. As he started moving, that (reaction) subsided a little bit, but my vision wasn’t great and I knew I was a little messed-up from the contact as well and I needed to go take care of myself as well.”