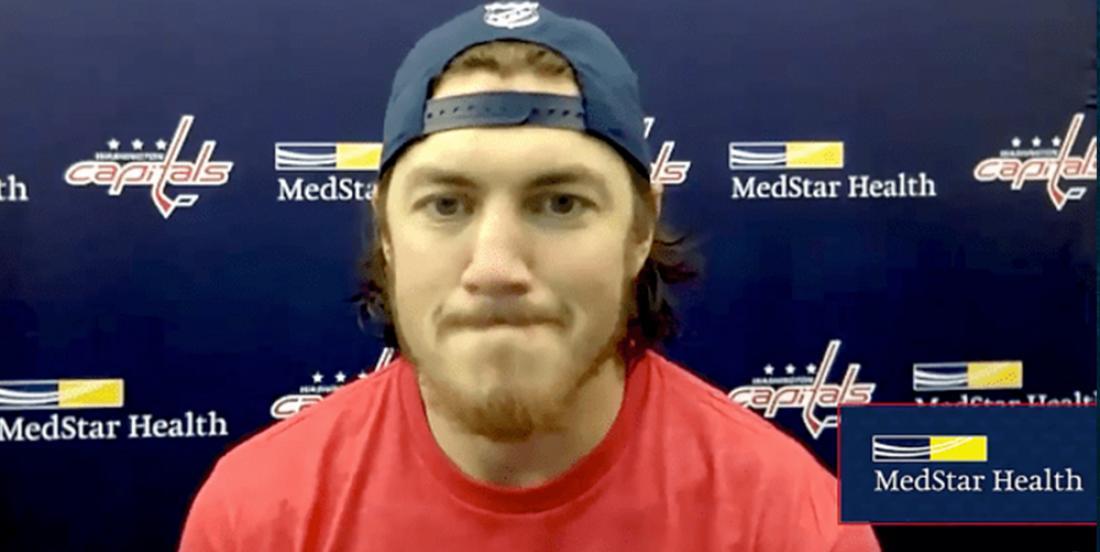 Safe to say that the local boy isn’t a fan!

In case you missed the news earlier today, the Seattle Kraken officially unveiled their name, logos and jerseys to the world in an event staged from the construction grounds of the team’s future home Climate Pledge Arena.

The unique name is dividing fans across the hockey world right now with most people either absolutely loving it or absolutely hating it. Don’t count Washington State native T.J. Oshie among the lovers though…

The Washington Capitals forward who was raised in nearby Everett and played minor hockey for the Seattle Jr Totems isn’t happy with the new Seattle Kraken.

“I don’t know,” Oshie said after a giant shrug in a Zoom call earlier today with Capitals media members. “I guess being from Everett. I was hoping they would go with the Totems.

Oshie went on to explain that he was hopeful the NHL team would pay homage to the Seattle Junior Hockey Associated that he himself represented for a decade and to the historic Seattle Totems Western Hockey League franchise.

“[M]y coach that I grew up with he has… the Seattle Totems there, so I was hoping they’d make the jump to the NHL team,” Oshie said.

“More importantly than the name, I think it’s very exciting for the people of Seattle and Washington and the Pacific Northwest to get a hockey team up there and another team to cheer about,” Oshie said. “Obviously, the Seahawks and Mariners are two of the sports (teams) I grew up with watching along with the Sonics so it’ll be nice to have another NHL team up there. Hopefully, I can see my family a little bit more too.”

Interestingly enough, Oshie himself is a prime candidate to join the Kraken next summer when the 2021 NHL Expansion Draft takes place. He's signed through 2025 on a $5.75 million deal and the Capitals risk losing him or a top young player like Jakub Vrana. While we're jumping the gun by an entire calendar year here, Oshie would be a tremendous pick up for Seattle's new franchise. A local boy with nation-wide name recognition thanks to his heroics at the Sochi Olympics back in 2014. I'm not saying it's gonna happen... but it sure as Hell is intriguing.