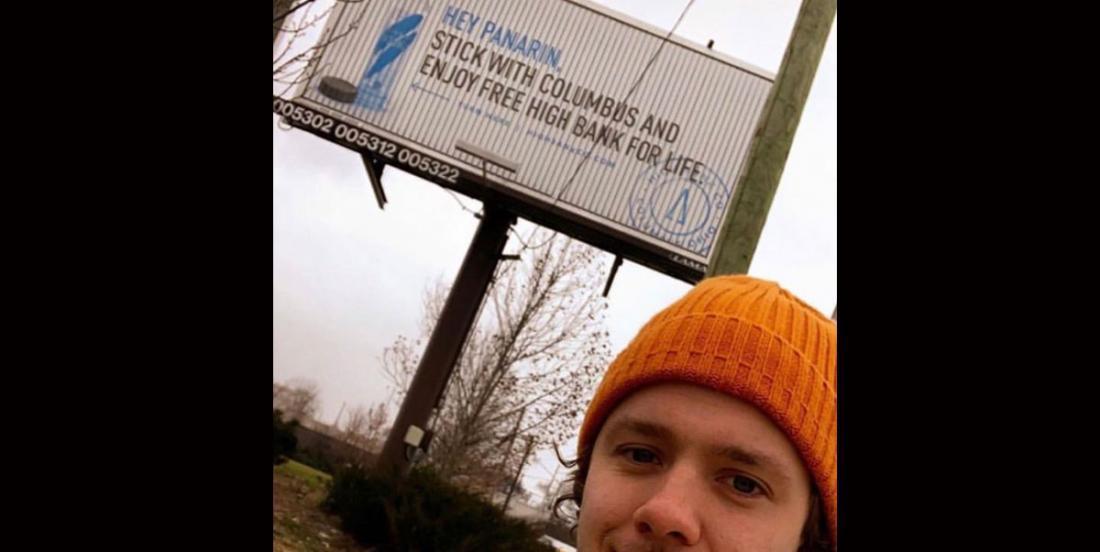 While pending free agent Artemi Panarin is expected to discuss his future with the Blue Jackets during the All-Star Break, fans in Columbus remain on edge, hoping to see the star forward stay as a Blue Jacket.

We saw how a Columbus-based distillery tried to entice Panarin to stay and put a tempting offer on a local billboard, out for everyone to see, promising the Russian forward free High Bank vodka for life.

On Friday, a second billboard to get Panarin to stay went up in Columbus. A family dental care company has decided to offer Panarin free dentistry for life. And we all know how useful this can be for hockey players...

Panarin is one of two pending unrestricted free agents on the Blue Jackets, along with starting goaltender Sergei Bobrovsky.

The Russian star isn't the only free agent to be offered enticing deals on the side to remain with his team. Last summer, John Tavares was offered fresh daily bagels for life from a local Brooklyn bakery if he signed a contract extension with the New York Islanders. The star forward ended up signing with the Toronto Maple Leafs, however, Vodka and free dentistry might tempt Panarin more than bagels did Tavares...