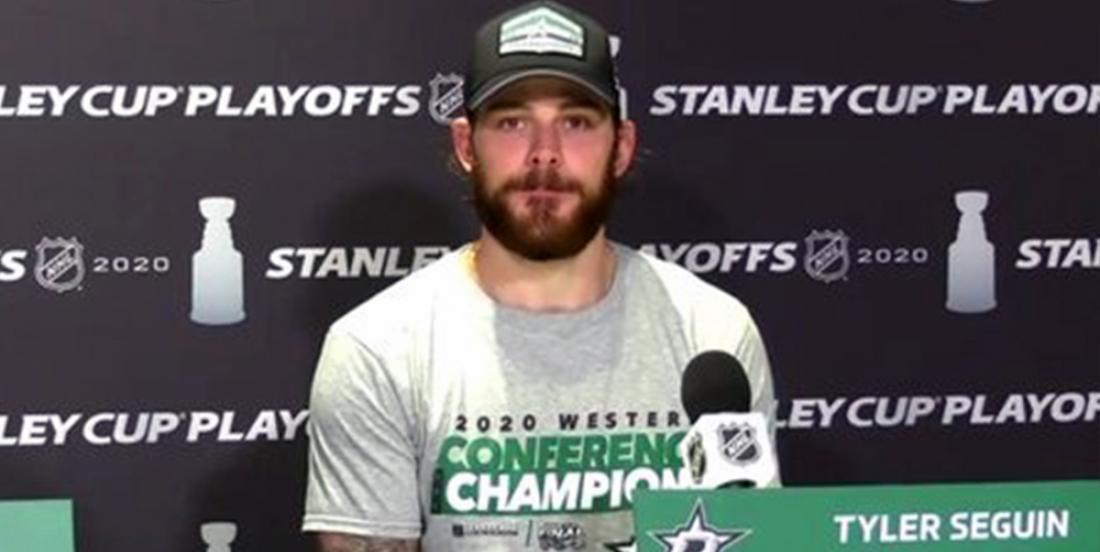 In case you missed it last night, the Dallas Stars have advanced to the Stanley Cup Final thanks to a thrilling Game 5 overtime victory over the Vegas Golden Knights.

Russian sensation Denis Gurianov sealed his team’s fate with an absolute ROCKET on the power play.

And just like that the Dallas Stars are headed back to the Stanley Cup Final for the first time in 20 years. Incredible.

What’s even more incredible though is the fact that the Stars are the first team in over 50 years to advance to the Cup Final despite being outscored by their opposition.

Through the Round Robin Series and the entirety of the Stanley Cup Playoffs up until this point, the Stars have actually been outscored. Their goal differential is -2, the lowest of any team to advance to the Cup Final in 52 years.

So… what does that say about all the fancy stat analytics? Toss ‘em out the window, says Tyler Seguin.

The Stars don't have time for your silly statistics. They're too busy defying the odds to give a damn.

In all seriousness though, goal differential isn't really considered "analytics", it's more... you know... "the score." But Seguin's point still stands, goal differential only matters so much. You know what matters more than anything? The final score after 60 minutes of play. The Stars seem to be doing juuuuust fine when it comes to that "analytic".