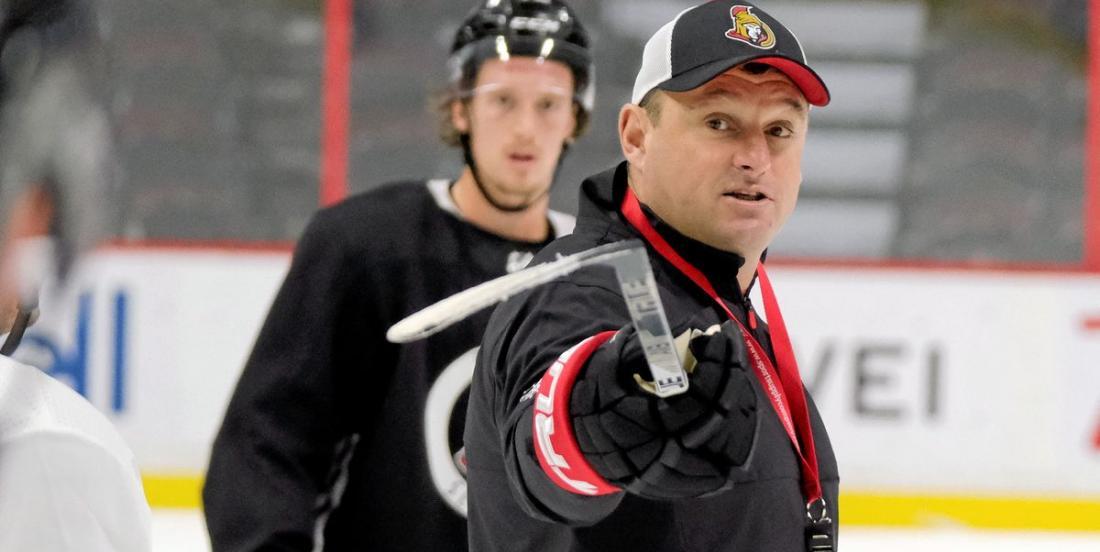 The story repeats itself in Ottawa. Senators head coach D.J. Smith hinted at the fact that his team will go without a captain for a third consecutive season in 2020-21.

“It’s not going to happen this season,” head coach D.J. Smith told Postmedia on Thursday.“I can’t say not, but as of right now we’re not planning on it. We’re going to transition some of the younger guys into a leadership role.

“I think everyone knows (Thomas) Chabot and (Brady) Tkachuk are the guys pushing from the bottom. I don’t see that happening this year. I see more of a group mentality where you’re going to have to have people with leadership up front and leadership on the back end. Part of being a young team is maybe the coach has to be a leader maybe for one more year.”

It was clear that some changes would come to the leadership group in Ottawa after Chabot and Tkachuk both spent time wearing the “A” late in the season after Mark Borowiecki was injured and Jean-Gabriel Pageau was traded to the New York Islanders. Borowiecki, Pageau and Ron Hainsey opened the season as alternate captains and Borowiecki is an unrestricted free agent this off-season, who does not plan on returning to Ottawa. He confirmed last week he plans to test the open market.

Chabot and Tkachuk are young players in a young group and it could take time to see one of them wearing the C on his jersey.

“It’s real tall order for a young guy to be a captain in a rebuild situation,” Smith added. “You’re constantly being asked the questions and you may not have the answers, you haven’t been through it. It’s not fair for a 21-, 22-, 23-year-old kid to have to answer those questions. That’s why I think you see a lot of times these guys who are captains have been through it and have been through the experience.

“They’ve been through a rebuild, been through winning and losing, and they know what’s possibly coming next. It’s unfair to rush that on a guy and that’s where we’re at.”

The Senators have been without a captain ever since the team traded then-captain Erik Karlsson to the San Jose Sharks ahead of the 2018-19 season.