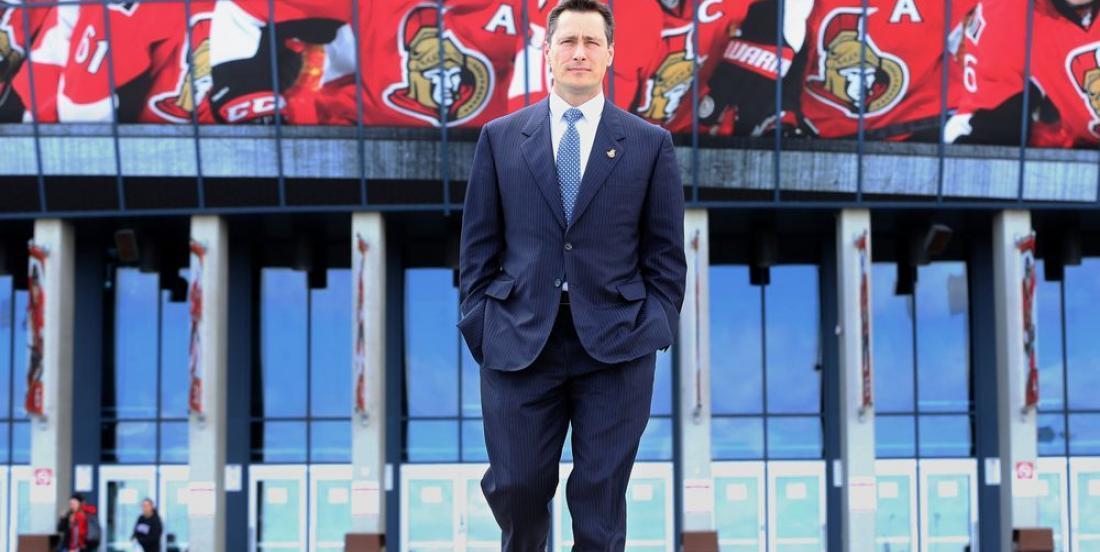 Smile, you're on candid camera!

And to think, the video came out a year after the Senators made the blockbuster move to land Matt Duchene, who is badmouthing everyone in the team during the aforementioned video.

Raymond, 51, was hired by the Senators in July 2016 and has previously served as an assistant to Boucher with the Tampa Bay Lighting and in the American Hockey League.

Since, the players involved, Thomas Chabot, Dylan DeMelo, Matt Duchene, Alex Formenton, Chris Tierney, Chris Wideman, and Colin White issued a statement to apologize to Raymond and the rest of the team for their comments.

On Tuesday, many NHL insiders analyzed the situation in Ottawa, who has been trying to build a stronger future and get rid of a toxic dressing room reputation. However, Andre Deveaux, who joined Jeff Blair to discuss the Senators Uber situation on Tuesday on the air of Sporsnet, believes Boucher is 'probably going to lose his job' as the dressing room doesn't seem to respect him.

You can see the whole analysis in the video here below:

"Unfortunately, {Boucher} is probably going to lose his job at some point, it's hard cause if you have six-seven guys, and bigger name-guys on the team, all saying the same thing, all agreeing, I mean, there is obviously a problem there, and more importantly, a coach has to have his players' respect. And you listen to that and it doesn't sound like there are the most respectful of him, it's going to be hard to tell those guys 'no', because they don't respect you. Unfortunately, I think this is what you're going to see: he is going to be on his way out," explained Deveaux, former NHL forward.

This is what Boucher had to say after the footage was released to the public:

“Nothing is more important to us during this rebuild than making sure our players and coaches are fully committed to our plan, our values and our system of play. We have every confidence in Marty Raymond’s coaching; in the effort and determination of our team; and in the sincerity of our players’ apology. We are now treating this as a team matter, and will be making no further comment to the media.”