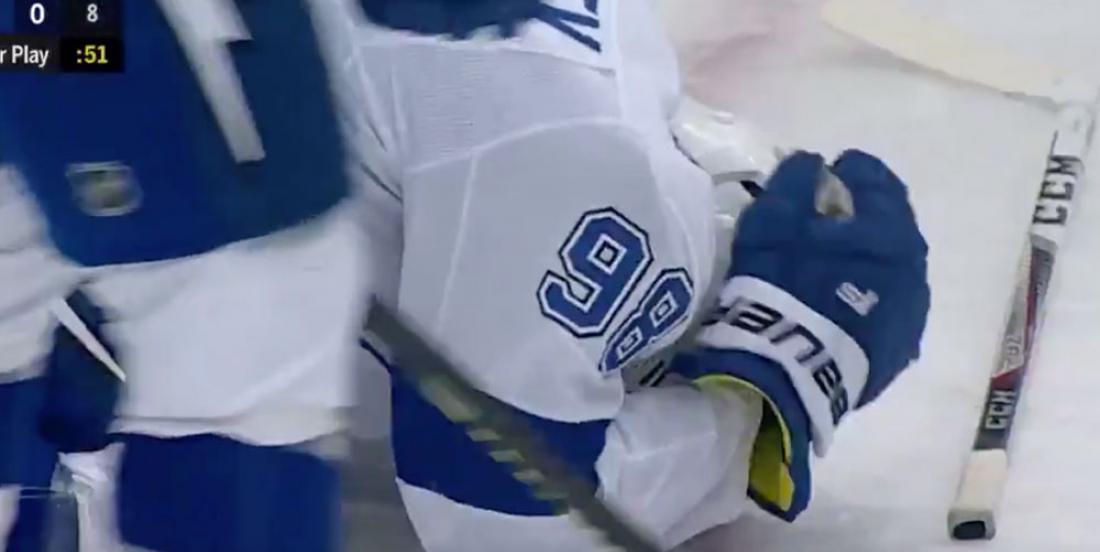 ​You gotta blame the NHL.

A scary incident took place in the first period of Tuesday’s matchup between the Tampa Bay Lightning and the Toronto Maple Leafs.

Well, it seems scary, but quickly turned into a ridiculous affair thanks again to the NHL.

Bolts’ defenseman Mikhail Sergachev took an Auston Matthews slap shot right off the helmet as Toronto was attacking. Even captain John Tavares lets the officials know that an opponent has been injured on the play.

The young blue liner fell to the ice and the team’s trainer rushed over to see him. The kid appeared shaken up but got up on his own power.

BUT THEN:  Sergachev was back on the ice 30 seconds later!

What happened to the concussion protocol? Where's the spotter?

The NHL: where head injuries are taken seriously, unless you’re in a playoff race.