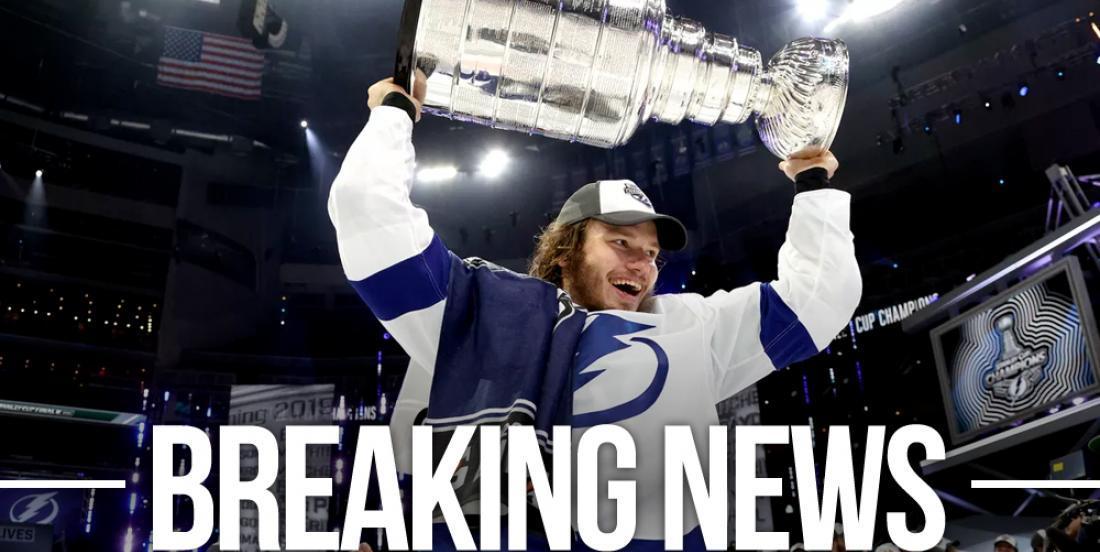 I have to say... this is an absolute STEAL of a deal for the Lightning. Fans and analysts were predicting a long-term deal for Sergachev in the $6-$7 million per season range. To get Sergachev, a consistent 30-40 point defenseman who is just 22 years old, is frankly highway robbery. In fact, I'd be willing to surmise that Sergachev's new contract is one of the best contracts in the entire NHL.

Keep in mind the kid put up 10 goals and 34 points in 70 games with the Lightning last season, second amongst all defensemen on the team behind just Victor Hedman.

Read below for the full press release announcement courtesy of the Lightning's official website:

Sergachev, 22, skated in 70 games with the Lightning during the 2019-20 regular season, posting 10 goals and 34 points to go along with 58 penalty minutes. His 10 goals were a career high and ranked second on the team among defensemen. Sergachev also ranked first among all Lightning defensemen for power play goals with five. The 6-foot-3, 216-pound defenseman averaged 20:22 time on ice per game, ranking third on the team.

The Nizhnekamsk, Russia native also appeared in all 25 Stanley Cup playoff games, recording three goals and 10 points to go along with 26 penalty minutes. Sergachev posted a goal and two assists during the Stanley Cup Final against the Stars, including a two-assist game in Game 4.

Sergachev has skated in 228 career NHL games, posting 25 goals and 106 points to go along with a plus-39 rating and 124 penalty minutes. He has ranked in the top three in scoring among Lightning defensemen in each of the past three seasons. During his rookie season in 2017-18, Sergachev ranked second among all defensemen for assists with 31.

Sergachev was originally drafted by the Montreal Canadiens in the first round, ninth overall, at the 2016 NHL Draft.