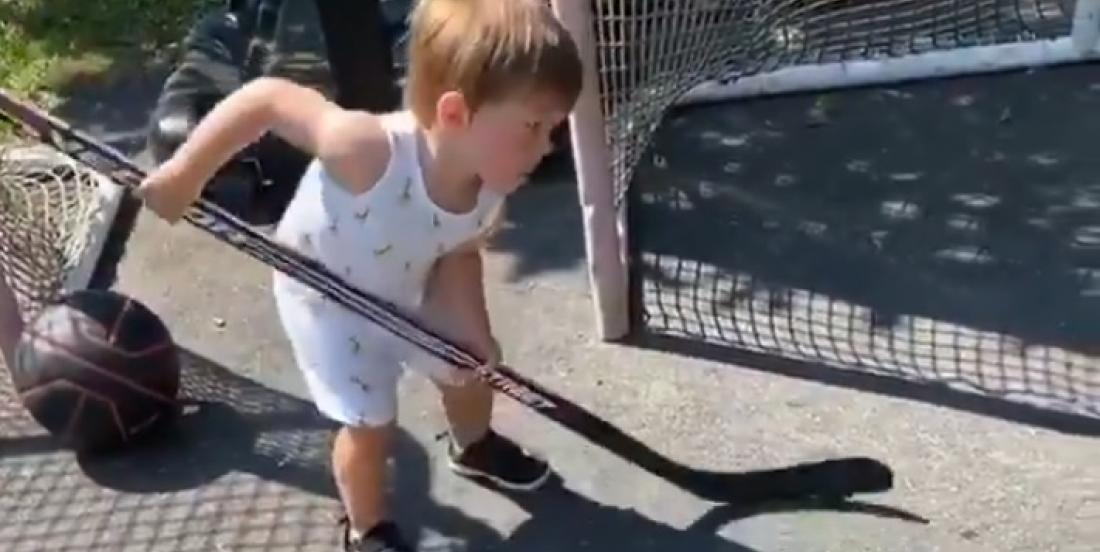 Everyone that follows hockey even tangentially is well aware of Washington Capitals captain and National Hockey League superstar Alex Ovechkin. The Russian goal scoring machine has become one of the most widely recognized figures in the sporting world over the past several years and has even risen to the level of the greatest goal scorer in the history of the league in the minds of many, but you might now be as familiar with Sergei Ovechkin.

You can be forgiven for not having extensively followed the career of Sergei given that young boy isn't even 2 years old yet. Alex Ovechkin announced the birth of his son Sergei all the way back in August of 2018 and at the time many believed that we had a young hockey player to look forward to in the future, but based on this latest bit of video evidence it may come sooner than expected.

Ovechkin recently shared a video via the official Washington Capitals social media accounts, a video that showcases little Sergei's goal scoring skills. Now I must admit that this would not be the least bit impressive were we talking about an NHL level player, but keep in mind that this little guy is not even 2 years old yet.

It seems Sergei Ovechkin may be destined to be a goal scorer like his father.