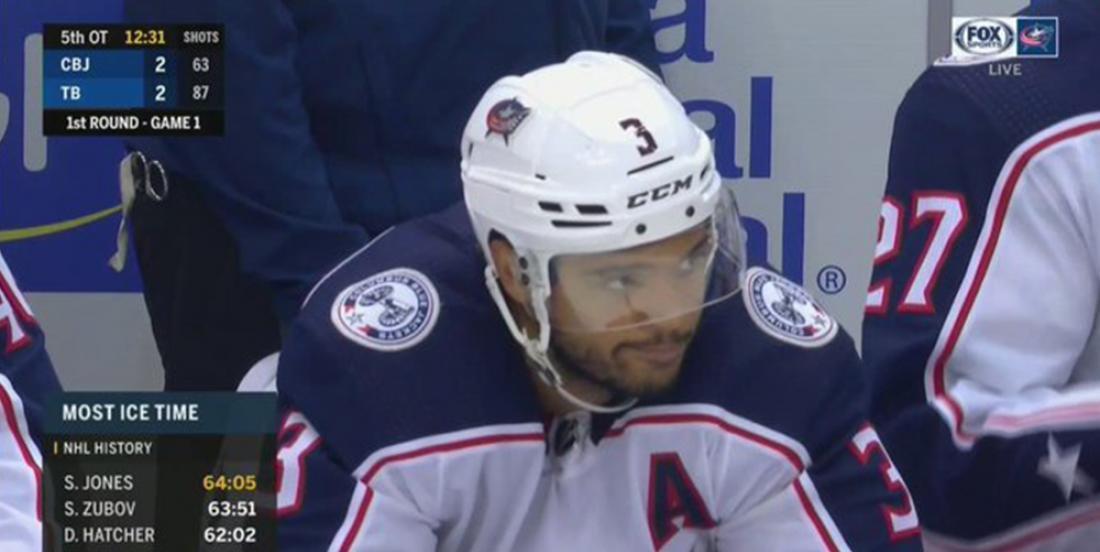 The workhorse blueliner goes on the offensive after logging 65+ mins and seeing his team lose.

In case you missed it, the Tampa Bay Lightning and Columbus Blue Jackets played a marathon in Game 1 of their opening round Stanley Cup Playoff series tonight. The two Eastern Conference teams went the distance, playing nearly 8 periods of hockey before finally... mercifully... Lightning forward Brayden Point put things to bed both literally and figuratively:

Along the way Blue Jackets goaltender Joonas Korpisalo made a new NHL record for saves with 85 saves on the evening. Incredible. Blue Jackets defenseman Seth Jones set a new record in ice time during a game with over 65 minutes. Incredible.

After the game though, Jones wasn't having any of the praise the media were trying to feed him. And why would he? The man just logged over an hour of ice time in a game that his team lost. That's gut wrenching.

What Jones really wanted to talk about was the officiating, specifically the non-call on Tampa defenseman Victor Hedman for taking out Cam Atkinson on a shorthanded breakaway.

The call on Jones himself that he's referencing can be seen in the following video, back to back with Hedman's non-call:

I dunno... that seems awfully familiar to me... even a little suspect as Jones himself might say.