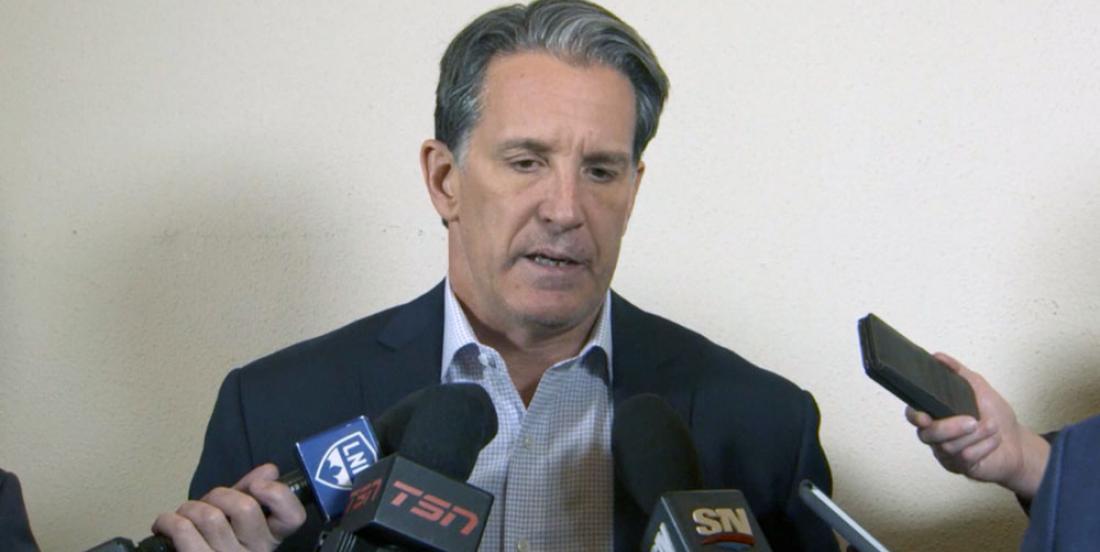 Leafs president Brendan Shanahan met with the media shortly after to explain his reasoning for firing the veteran head coach.