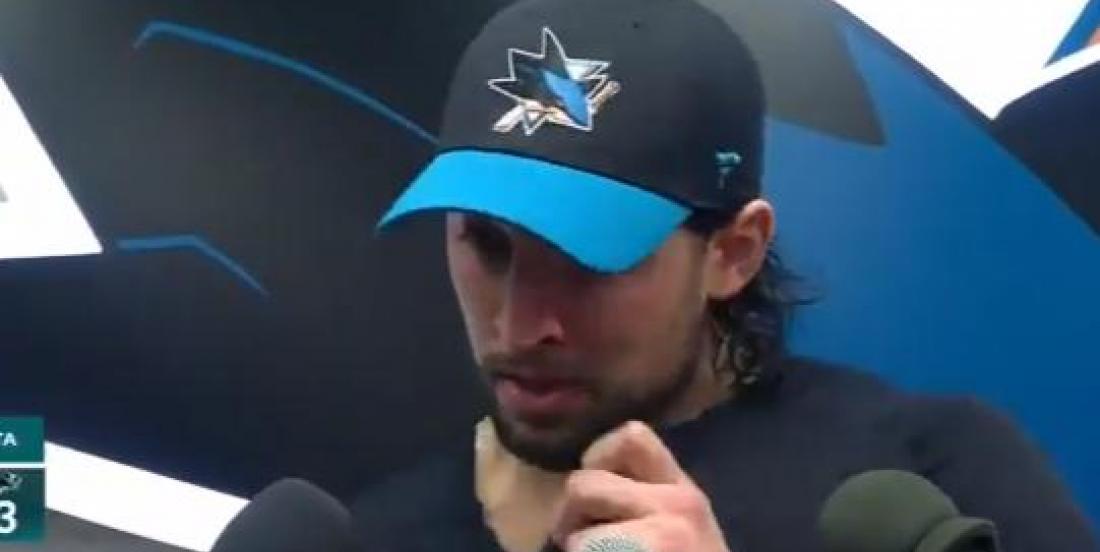 We tend to think of hockey players sometimes as cold and heartless, not caring about what team they play for as long as they are making as much money as possible. That isn't always the case and the San Jose Sharks' Brenden Dillon is an excellent example of that.

Dillon has been linked to trade talks for some time. The Sharks' season has been in the tank, pardon the pun, since what seems like the very beginning. With San Jose being well outside of a playoff berth in the west, trade talks are heating up and Dillon, who has been with the Sharks since the 2014-15 season, has been right in the thick of it. But, it's clear he loves his team and his teammates regardless of the terrible season they are having. Asked by NBC how he's feeling about the rumours, Dillon said it's out of his control, while doing his best to maintain some sense of composure.

You can't help but feel for the guy watching that. The only other team he's played for in his nine-year career has been the Dallas Stars

The 29-year-old is on the final year of a contract paying him $3.27 million per season, making him an attractive option for a team looking for a solid defenseman who can also help a bit on the scoreboard. He has a goals and 13 assists in 58 games this season.