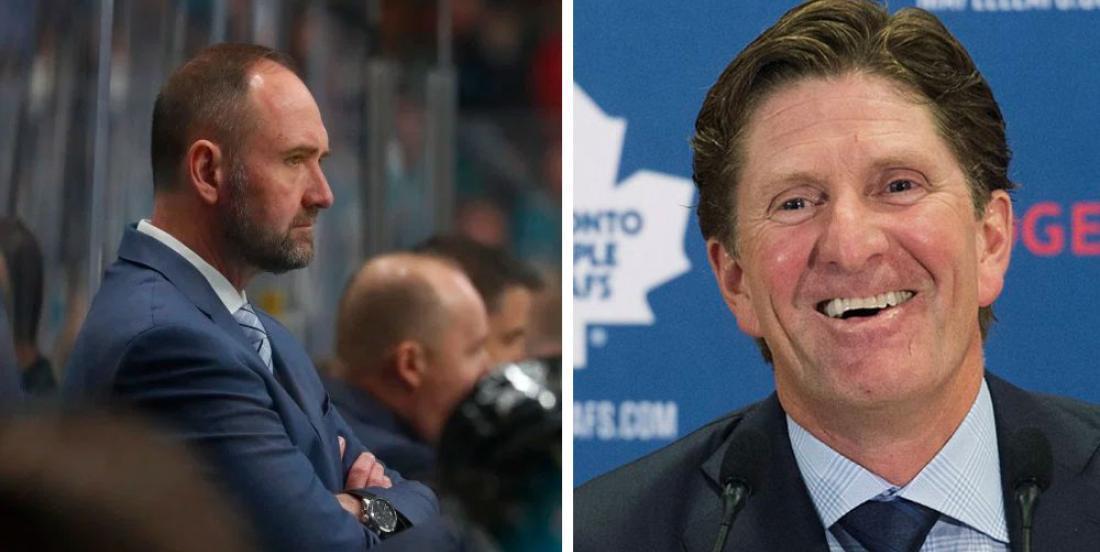 It was exciting news on Tuesday night when it was confirmed that veteran forward Patrick Marleau was back in the NHL, and with his beloved San Jose Sharks, inking a one-year deal with his former club.

On Wednesday, Marleau was back on the ice with the rest of the Sharks’ lineup, getting ready to take on the Chicago Blackhawks on Thursday night.

24 hours ago, Marleau was not even on the team’s roster and now he was practicing with the first line ahead of tomorrow’s contest. When asked about Marleau getting used to his system again, Sharks head coach Peter DeBoer had the most hilarious answer to the question, getting a lot of props to Toronto Maple Leafs bench boss Mike Babcock in the process.

“He played for Mike Babcock for two years, so he might have to dumb some things down with us.”

We bet Marleau had a good laugh at this and so did we.