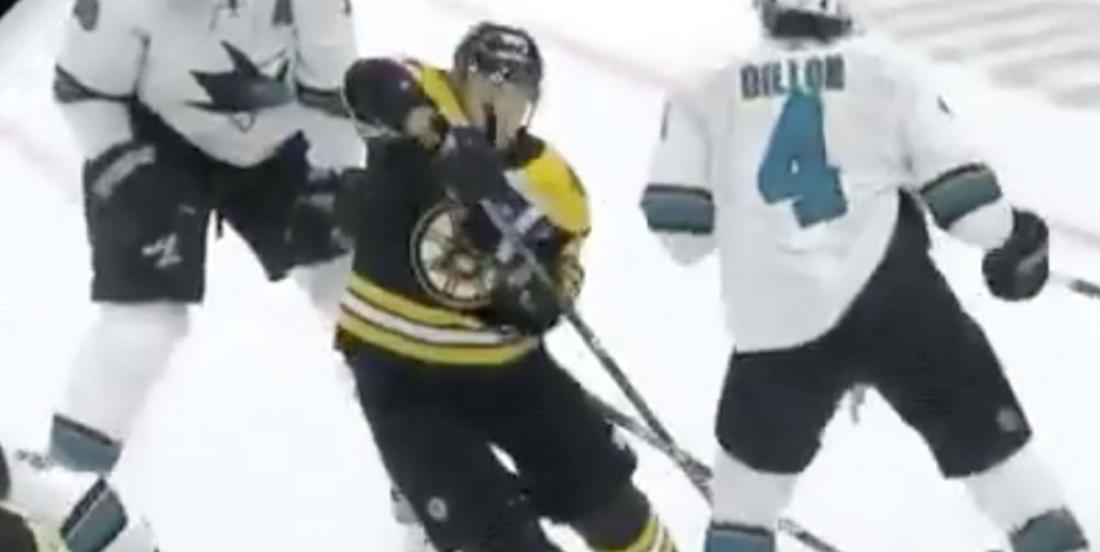 It was a nasty game between the Boston Bruins and San Jose Sharks Tuesday night (this is why we write about it so much) and it could have had insane repercussions for the latter when things got out of hand.

The Sharks were clearly upset to be falling behind 5-1 at the hands of the Bruins and decided to play more physical.

Sharks defenseman Brendan Dillon chose to contribute, but made a dangerous move that could have turned ugly fast.

In the third period, Dillon left his skates to hit Bruins top forward Brad Marchand, however, the quick pest moved out of the way and Dillon ended up taking out his own teammate Brent Burns instead.

Burns was left shaken up as the Sharks could not afford to lose one of their best players. In the end, three Sharks players were ejected from the contest.

It’s probably a good thing Dillon didn’t catch Marchand as he was planning: he might have received a call from NHL Player Safety…